Roughly 1% of large, equity-based UCITS investment funds have less than half of their portfolios invested in highly liquid assets, raising questions about their ability to meet high levels of investor redemptions, according to analysis by MSCI.

The data firm reviewed about 400 UCITS funds with assets of more than €1bn and found that seven held more than 15% in illiquid assets, while “approximately 1%” had less than half invested in “highly liquid” assets.

Laszlo Hollo, a vice-president in MSCI’s risk management and liquidity core research team, wrote in a blog post earlier this month that applying stricter US liquidity rules highlighted a risk of misalignment between the requirements of clients and the ability of fund managers to meet redemptions.

“Even though most of the analysed UCITS funds seemed sufficiently liquid, there were a handful with relatively large exposure to liquidity risk.”

UCITS funds do not have a strict limit on illiquid holdings, but managers must provide investors the ability to trade at least every two weeks. Many funds permit withdrawals daily. In the US, open-end investment funds cannot hold more than 15% in illiquid assets. 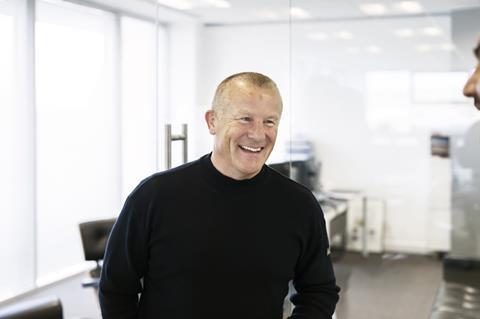 MSCI’s research was conducted in the wake of the high-profile suspension of the LF Woodford Equity Income fund, which stopped investors from withdrawing their money at the start of June after months of high levels of redemptions.

Kent County Council’s £6.2bn (€6.9bn) pension fund – one of few institutional investors in the fund – attempted to withdraw its stake but was denied when the fund closed on 3 June.

The Woodford fund has yet to reopen. In a statement published on 1 July, Link Fund Solutions – the independent monitor and administrator for the fund – said it had extended the suspension for another 28 days to allow portfolio manager Neil Woodford to reposition the fund’s portfolio into more liquid assets.

Last month, Bank of England governor Mark Carney warned that funds with daily liquidity that invested in illiquid assets were “built on a lie”, giving rise to a “structural” problem that had implications for retail investors.

“The Woodford fund highlighted the importance of keeping an eye on a fund’s liquidity profile as a key component of managing risk,” MSCI’s Hollo said.