The members of Rabobank’s pension fund are facing a reduction of the – relatively high – annual 2% accrual rate of their pensions next year.

In a newsletter, the €25bn scheme said that the dedicated reserves to top up the accrual were almost exhausted and were also affected by the current low interest rates.

The guarantee pot was part of an agreement with the sponsor following the replacement of the scheme’s defined benefit arrangements with a collective defined contribution plan in 2013.

At the time, Rabobank paid a one-off additional contribution of €500m, on top of almost €217m to guarantee the annual accrual rate of 2% until 2020.

The pension fund said it was already preparing its members for the likelihood of a reduction in the accrual rate. 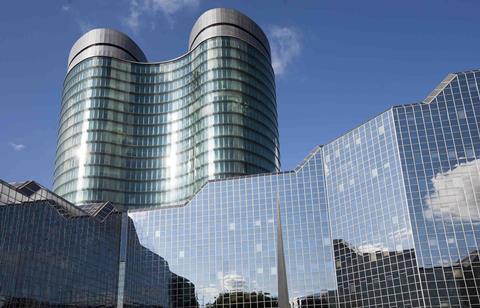 The rate for tax-facilitated pensions accrual in the Netherlands is 1.875%. However, the accrual rate at most pension funds is lower than this.

According to a spokeswoman for Rabobank, the pension fund specifically referred to the interest rate level of the third quarter of last year, as this was one of the criteria for establishing the new pension contribution.

She added that the employer would not extend the premium guarantee beyond 2020.

In 2017, the pension premium charged by the pension fund amounted to 37.4% of the pensionable salary, including a guarantee by the sponsor of 13.7 percentage points.

The Rabobank Pensioenfonds has approximately 27,925 active members and 51,990 deferred members.

The €476m Pensioenfonds Total Nederland has said it was considering joining an industry-wide pension fund in its search for consolidation.

It told IPE’s Dutch sister publication Pensioen Pro that it was longer eyeing joining a general pension fund (APF) as the new pensions vehicle “had not yet established a proven track record”.

On its website, the pension fund said it had commissioned a survey into the options of outsourcing its pension arrangements last year.

It said the study had been triggered by the relatively high costs of its pensions provision as well as increasing legal requirements.

The pension fund reported administration costs of €641 per participant for 2017. Its asset management costs amounted to 0.53%, 0.25% of which were transaction costs.

The survey produced three alternatives: continuing with the current scheme, or transfer to a sector pension fund or to an APF.

After having consulted the social partners, the scheme’s accountability body and the company’s works council, the pension fund’s board decided to flesh out the options of a merger with an industry-wide pension fund.

It declined to provide details about the sector schemes on its shortlist.

Meanwhile, the pension fund had set up a steering group of representatives of the board as well as employers and participants, which is to report later this year.

In 2016, the Total scheme said it did not have a reason for contracting out its pension plan, but that it followed developments around APFs.

The pension fund now highlighted that the other remaining option was continuing the pension fund in its current set up, or under an external professional board.

However, it noted that it was likely that supervisory requirements would continue to be tightened, which would make continuing probably more difficult.

The scheme has hired Blue Sky Group as its fiduciary manager. Its pensions administration is carried out by RiskCo.

Its funding stood at 112.8% at the end of March. During the past two years, the pension fund has been able to grant inflation compensation in part.