Dutch pension funds and insurers will be able to automatically transfer small pensions to a new provider after a member has changed jobs and moved to a new pension fund, as of 1 July next year.

By then, providers and the Netherlands’ national pensions register will have their IT systems ready to exchange details about small pension pots, according to the Pensions Federation and the Association of Insurers (VvV).

Participants will be entitled to value transfer as of 1 January 2019, following the introduction of legislation – known as Wet Waardeoverdracht Klein Pensioen – earlier this year.

In a joint statement, the federation and the VvV said the new rules would prevent fragmentation of pension rights and would provide participants with a better overview of their benefits.

In addition, it would reduce costs for pension providers, as they would no longer have to administer large numbers of small pensions.

Small pension savings are a particular issue for Dutch workers in the cleaning and hospitality industries, as well as the retail and the temporary employment sectors, where many workers have accrued small savings at several employers.

As of next year, pension providers have the right to merge gross annual pension rights of up to €474 accrued as of January 2018, and to transfer these rights to a new provider.

Members can’t appeal a decision to transfer rights to a new provider, and can’t take the money out. 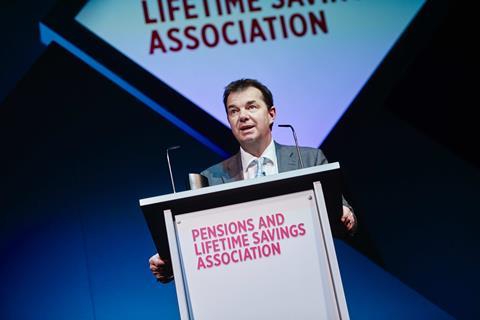 In the UK, however, pensions minister Guy Opperman has shelved the so-called “pot follows member” concept.

Similar to the Netherlands, the UK has been considering changing rules for small pension pots for some time.

In response to a written question about the “potential merits of a system of automatic transfers for individuals who have multiple jobs during their working life”, Opperman said it was “not the right time” to bring in such rules.

He added: “These reforms increase the number of people saving into workplace pensions and ensure confidence in the system. Government, providers, employers and members should focus on these changes. It is therefore not the right time to implement automatic transfers.”

Opperman pointed out that all members of defined contribution schemes had “a statutory right to transfer to another pension scheme of their choice”.

He also highlighted the development of a pensions dashboard, and said the government planned to publish the findings of a feasibility study for the concept “later in spring 2018”.