Most of the 2.38 million Dutch defined contribution (DC) pension savers in the second pillar pension system that can determine their own investment risk profile do not make use of this possibility, according to a study by financial markets regulator AFM.

The regulator found that only 30% of participants in DC pension arrangements have determined their risk profile. This is a prerequisite for being able to either choose a predetermined lifecycle profile or a so-called opt-out, whereby participants can fully choose their own investments.

The latter option is used by only a fraction of pension savers, with the large majority choosing between a limited number of lifecycles instead.

The 30% figure doesn’t mean that all these people deviate from the default lifecycle in practice. “It just means 30% of participants with investment freedoms make a conscious choice for an investment mix,” according to AFM.

At the moment, only a fraction of Dutch pension capital is in DC arrangements: €52bn compared to €1.029trn in defined benefit (DB) arrangements. Of the pension savers with a DC arrangement with a pension fund, only 18% have investment freedom.

On the other hand, most savers with (commercial) insurance providers and so-called PPI’s (premium pension institutions) can determine their own investment mix.

In total, 27 of the Netherlands’ 206 pension funds, eight insurers and six PPI’s offer their members investment freedoms. To what extent this number will grow in the new pension system is not yet known as the details of the two possible pension contract variants are yet to be worked out.

As for the extent to which pension freedoms are used, there are huge differences between the various provider groups. Some 89% of pension fund members do not use their investment freedoms, while this figure is only 48% for the 1.5 million participants in DC pension arrangements with insurance firms. 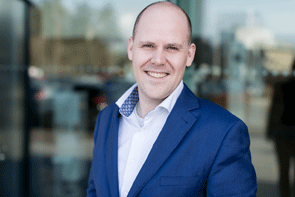 Koen Vaassen, manager, product advice and innovation, at Achmea Pensioenservices, which helps pension funds and companies draw up risk profiles for their members and employees, is surprised by AFM’s findings.

“In my experience, pension funds are very active in getting people to take part in risk appetite surveys. Pension fund members are also easier to motivate because they usually feel a stronger connection with a company pension fund than with a more abstract entity such as an insurance firm,” he said.

Vaassen mentioned the Shell pension fund as an example. “Some 50% of their [6,000] members have drawn up their personal risk profiles so far,” he added.

But the Shell case is likely to be an exception rather than the rule, as many pension fund members with investment freedoms participate in an APF. This pension fund structure exists since 2016, and pools the pension capital of several (former) pension funds who lacked scale to continue independently.

“Because most participants do not feel a lot of affinity with a rather abstract entity like an APF, it tends to be more difficult to get members involved than is for example the case with the Shell pension fund,” explained Vaassen.

“Only 5% or 6% of the members of Centraal Beheer APF [the APF owned by Achmea] have drawn up a risk profile, probably for this reason.”

The above observation notwithstanding, Vaassen was somewhat surprised by the high score of insurance providers, with more than half of insurers’ pension savers making use of their investment freedoms. “My experience is that insurance firms, like APFs, need to make a lot of effort to engage pension savers.”

AFM has no idea what’s behind the huge differences in involvement between pension fund members and those saving through insurance providers. “We haven’t investigated this, but it can be a reason for further research,” an AFM spokesperson told IPE.