Two activist groups are upping the ante in their campaigns to force Australia’s largest super funds to totally divest from fossil fuels and other stocks whose activities they say are contributing to climate change.

The two groups, Healthy Futures and Market Forces, have been conducting online campaigns to gather support from super fund members.

Market Forces, which keeps tab on super funds and their fossil fuel investment, last week focussed on UniSuper, a A$85bn (€50.3bn) scheme with 450,000 members working in the higher education and research sector.

Market Forces was able to mobilise 10,000 UniSuper members to sign an open letter published in the Australian Financial Review last week. The letter called on the UniSuper board to divest from all companies that are actively undermining climate change action.

“Specifically we demand the fund divest from the companies that are expanding the scale of the fossil fuel sector; and/or relying on scenarios incompatible with the climate goals of the Paris Agreement to justify their future business prospects,” the letter said.

“We expect this action to be taken across the entire fund by the end of the financial year ending 30 June, 2020.”

The letter added that, as the default superannuation fund for Australia’s academics, scientists, researchers and university employees, UniSuper should be leading investor action on climate change.

“Instead, billions of dollars of members’ retirement savings are invested in companies whose operations and plans are completely incompatible with the climate goals of the Paris Agreement,” it said.

In a parallel campaign co-ordinated by Healthy Futures, more than 400 doctors and other health professionals have publicly called on HESTA to sell down shares in 19 fossil fuel producers.

The activist group met with HESTA executives at its certified carbon emission-free head office in Melbourne last week to stress its points.

It has stepped up its campaign in the wake of Australia’s recent bushfires, which aside from huge economic and financial losses, has caused health issues for many. 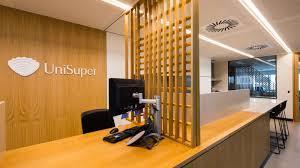 Market Forces was able to mobilise 10,000 UniSuper members to sign an open letter

Since 2015, a group of well-known medical professionals, students and other community workers has lobbied HESTA to pull out of companies with primary businesses in fossil fuel extraction, transportation or power generation.

In an open letter to HESTA, Healthy Futures said it was “unconscionable” for the fund to continue to invest in fossil fuel companies, pointing to the health effects of air pollution, coal combustion and fracking for unconventional gas.

“All fossil fuels, when burned, contribute to climate change, which has been identified as the greatest global health threat of our time,” the letter said.

Sonya Sawtel-Rickson, HESTA CIO, told IPE: “Our best chance at managing the long-term financial risk of climate change is by using our influence to drive companies to better understand, manage and reduce their carbon emissions.

“We believe that if all we do is simply sell these companies, it is very unlikely to change their behaviour and drive long-term climate action. Using the leverage ownership is more effective than divestment at achieving climate action and the transition to a low carbon future.”

“We believe that if all we do is simply sell these companies, it is very unlikely to change their behaviour and drive long-term climate action”

Sawtel-Rickson said active ownership was producing significant results. For example, by co-operating with other investors, HESTA had successfully pushed for companies like BP to set emission-reduction targets and link these to executive pay.

BP last month announced that it would aim to be net carbon neutral by 2050.

“Divestment would mean we have no influence to encourage climate action, and would limit our ability to protect members’ investments,” Sawtel-Rickson added.

HESTA is an active member of Climate Action 100+ global investor collaboration that engages with the world’s biggest emitters. In the Australian context, mining giants such as Rio Tinto and Glencore have signalled that they have taken significant steps regarding transition planning.

Other initiatives by HESTA include seeking to explicitly link the pay of top executives of oil and gas companies to their performance on reducing carbon emissions.

Along with other like-minded super funds, it has discussions with companies such as Woodside and Santos, urging them to follow the lead of international energy giants BP and Shell in directly tying executive remuneration to emission reductions.