Some 45% of the members of the Dutch professional pension fund for public pharmacists, Openbare Apothekers, want the fund to divest from fossil fuels, results of a recent membership survey showed. A majority of members also want the fund’s investment policy to focus on health.

A string of pension funds in the country, such as ABP and PME, recently sold all their investments in fossil fuels or announced an intention to do so. According to Ronald Heijn, president of the investment commission of €2.3bn Apothekers, this was part of the reason for the fund to quiz members about the topic.

Some 45% of the 477 pharmacists who took part in the survey were in full agreement with the statement that fossil fuel investments should be phased out. Another 32% partly agreed, wanting to limit divestment to oil sands and coal for now.

Responding to the survey outcomes, Heijn said Apothekers will phase out fossil fuels from its investment portfolio over the coming years. This should partly happen automatically though as the share of fossil fuels in its benchmark declines, he added.

The fund mostly invests passively in its equity portfolio. In “seven or eight years” the total portfolio will be free of fossil fuels, according to Heijn.

The phasing out of its fossil fuel investments is also a consequence of the increasing importance members attach to sustainability. The majority of survey respondents still give precedence to returns, but a whopping 42% believe ESG characteristics should be decisive when making investment decisions. At a previous survey in 2018, only 19% shared this view.

The fund’s members were also asked to select three of the UN’s 17 Sustainable Development Goals (SDGs) they believe should be accentuated in Apothekers’ investment policy. SDG 3 (Good Health & Wellbeing) was the only SDG that was supported by a majority (66%) of members.

The fund’s members also support divesting from companies that have adverse effects on health. Two thirds of members at least partly agree with this.

“This is also an obvious difference with the 2018 results. At that time, pharmacists as a group were not really considering to exclude certain product groups,” said Heijn. 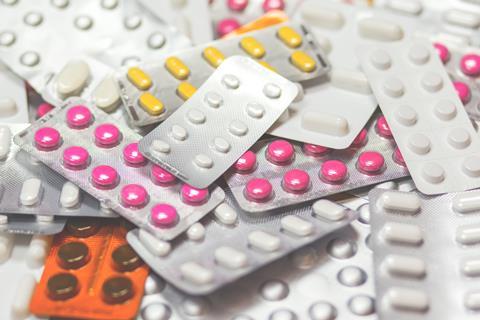 The fund will now consider how to further implement the survey results in its investment policy. “Our policy has always been not to exclude any investments except those we cannot invest in for legal reasons such as controversial weapons. This now looks to be shifting, so we will have to consider excluding more product groups,” Heijn said.

A first decision has been taken already. Heijn said: “The survey also showed a large majority of the members (over 80%) want us to divest from tobacco. Therefore we will sell our remaining tobacco investments in emerging markets and the bond portfolio.”

The fund sold its developed equity tobacco stocks this year when it made the switch to a BlackRock fund from Actiam.

The scheme will discuss possible further steps with its asset managers which also include PIMCO and Acadian.

“If this doesn’t lead to desired results, we may have to choose a different course,” said Heijn. Apothekers invests in pooled investment funds with BlackRock and PIMCO, and thus has only limited influence on the investment policy of these funds. It’s therefore an option for the pension fund to switch to a mandate solution.

“But this takes a lot of organising and will probably lead to higher costs too,” said Heijn.

Apothekers predominantly invests passively in equities. Until last year, this mainly happened via three funds with Actiam. Apothekers swapped the Dutch asset manager, which was acquired recently by Cardano, for a BlackRock global equity fund.

This fund tracks a ‘light green’ index which for example excludes companies involved in ESG controversies.

The only actively managed part of the scheme’s equity portfolio is a €120m European equity mandate with Acadian. Since this year, part of this portfolio is being invested in companies that show strong improvement on ESG.

“We agreed with Acadian to have at least a 10% overweight to this type of companies compared to the benchmark. Investments in renewable energy companies also have to be 10% higher than the benchmark,” said Ronald Heijn, president of the investment commission of the fund.

Acadian will also reduce the CO2-intensity of its portfolio by 50%.