Swedish national pensions buffer fund AP1 has reported a 9.7% return on investments for 2020, a result the fund’s new head attributed in part to buying up equities following the market crash in March, saying courage and conscious risk-taking had paid off.

The 9.7% return after tax places AP1 in joint-first place among its three peers – the other main buffer funds backing the state pension, AP2, AP3 and AP4 – who have already published their annual figures.

One of the success factors last year had been equity risk, she said.

“At the beginning of the year we had fairly defensive positions compared to what is set by the board, and then from March onwards, we added on equity risk when prices looked attractive.

“As a manager I’m also interested in the mindset of my team, because it takes guts to keep buying when you don’t know if prices will go back down, and it also took a lot of support from the board because you need their backing to be able to have a strategy like this,” said Magnusson Bernard.

“Courage and conscious risk-taking paid off,” she said.

The Stockholm-based fund also said it reduced its costs by 29% during the year, or SEK123bn.

Commenting on this change, Magnusson Bernard said managing future pensions money in a cost effective manner was a very important part of the mandate AP1 had.

“We stack up incredibly well in an international comparison and we have lowered costs in a way that doesn’t hurt the return,” she said. 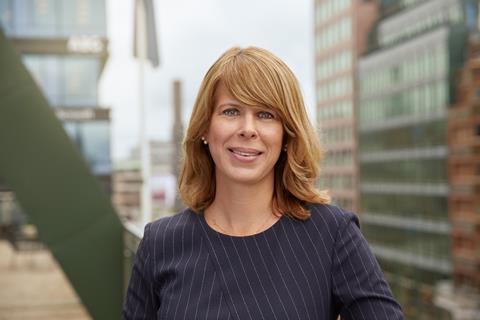 “Our approach is to use a host of strategies and to evaluate continuously what we want to achieve.

“We have a combination of bottom-up equity strategies, and also have the systematic strategies which we think are an incredibly important element, because it gives you the flexibility to move around, and we also have external mandates,” she said.

The board of directors’ decision to stop investing in companies with fossil-fuel businesses was implemented during 2020, AP1 said, adding that this had led to a reduction of its listed equity portfolio’s carbon footprint by 46% as well as reducing the fund’s financial risk.

Magnusson Bernard also said AP1 aimed to step up the proportion of investments it had which specifically served and promoted the UN’s Sustainable Development Goals.

Regarding its investment tactics elsewhere, the CEO confirmed to IPE that AP1 was considering putting in place elements in its overlay strategy that were designed to capture investment opportunities arising from the current uncertainty on the global outlook for inflation.

“Our baseline view is that you’re going to see quite a lot of inflation noise from now on,” she said.

“Most likely central banks will continue to support economies with low interest rates, but investors are quite split on the outlook,” she said.

When markets contained this type of split view, it typically opened up opportunities, she said, and interest-rate futures could be a way of getting exposure not only to your own view, but also to other views.

“A way to play this is to have an effective overlay strategy around our baseline view. You can change duration in various ways, and this is one way to do it in a relatively low-cost way,” she said.