The largest of Sweden’s national pension funds has split its investment team into three new segments in the latest of a series of changes it says are aimed at boosting the department’s capabilities.

AP7, which managed SEK670bn (€61bn) as at the end of last year, told IPE it had reorganised the investment team, establishing three business segments with effect from this month: risk management and asset allocation; alternative investments; and fixed income, foreign exchange and alpha.

The investment management department of the Stockholm-based fund had previously been run as a single unit.

“The change is an important step of an ongoing development of the organisation to strengthen and enhance the capabilities of the investment team in its objective to deliver on the pension promise to AP7’s unit holders,” she said. 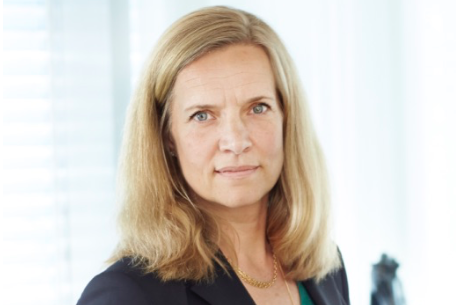 The word “promise” is meant in a general sense since AP7 is a defined contribution plan that does not involve guarantees.

Existing AP7 staffers Carl-Fredric Pollack, Per Olofsson and Pontus von Essen have been appointed as heads of the new business units.

The new risk management and asset allocation segment is responsible for managing risk of the portfolio and the fund’s allocation activities, Albinsson said.

The unit covers AP7’s long liquid exposures, and Pollack – who was previously senior portfolio manager – is now lead and functional head of this unit, she said.

The alternative investments segment has responsibility for AP7’s less liquid investments, which today include a private equity portfolio, she said, adding that Olofsson is the lead and functional head of this unit.

Olofsson’s title has hardly changed, as he was previously head of alternative investments.

The fixed income, FX and alpha unit, meanwhile, has been tasked with managing the fund’s investments that have investment horizons that are not so long, said Albinsson, as well as fixed income, foreign exchange and alpha, including execution and treasury activities.

Von Essen – previously senior portfolio manager – has been put in place as lead and functional head of this unit, Albinsson said.

AP7’s importance within the premium pension – the system of individual accounts that makes up a minor proportion of Sweden’s overall first pillar state pension – has been growing over the last few years after scandals rocked confidence in the privately-managed part of the system.

On top of that, AP7 is also set to take on more duties within the premium pension system in the proposed second phase of the radical premium pension reform, which is due to be in place by the end of December 2023.