The Netherlands’ largest pension services provider APG has named Annette Mosman as its first ever female chief executive officer. Mosman had been a member of the firm’s executive board as chief finance and risk officer (CFRO) since 2018.

Mosman will succeed Gerard van Olphen, who unexpectedly announced his departure last year as CEO – he’s set to leave his post on 1 April.

APG was eager to appoint a woman as its new CEO. “We have been looking for the most suitable candidate, but indeed had a preference for a woman,” a spokesperson said. The €531bn pension service provider also spoke to “several other candidates, including men,” the spokesman added.

Having entered the pension sector only three years ago, Mosman has extensive leadership experience in the financial sector in the Netherlands. She already made the transition from CFRO to CEO at insurance company Generali Nederland, where she had worked since 2011 until joining APG.

In addition to her full-time job at APG, Mosman is also the treasurer of the Dutch Olympic Committee, a member of the supervisory boards of football club Ajax and anti-cancer charity KWF Kankerbestrijding.

Pieter Jongstra, chair of APG’s supervisory board, said: ”This is not the first time she made the step from CFRO to CEO. At Generali, she followed a similar career path. Her active involvement over the last year in the development of the new strategy is an absolute plus.”

An APG spokesperson could not immediately say in what way Mosman exactly contributed to the new strategy, however.

Mosman’s consultancy background also comes in handy when it comes to what will be her major challenge at her new job – the transition to the new pensions contract, said Jongstra.

“She has also earned her spurs with radical transformation processes. For the pension sector in the Netherlands, the expected new pension contract marks an important and challenging period and its implementation will be demanding for pension providers such as APG. I am pleased that Annette, as a very experienced leader, will be at the helm during this period.”

Mosman’s promotion to CEO means there will be a vacancy on APG’s board which the firm is currently “in the process of filling”, according to the spokesperson. 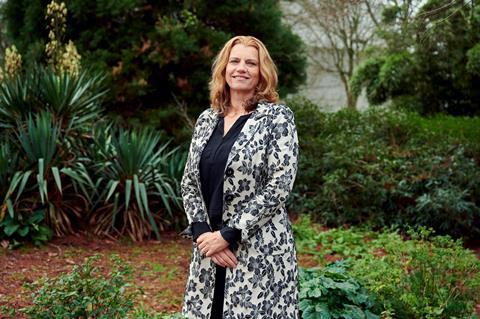