The €534bn Dutch pensions provider and asset manager APG has reopend its doors to pension funds, including company schemes, wanting to outsource their administration.

However, Gerard van Olphen, APG’s chief executive officer, highlighted that the provider would only accept larger schemes for reasons of scale.

In an interview with a local financial daily news service, he added the provider would decline requests by pension funds with complicated pension arrangements.

Van Ophen said that, during the past years, the provider for the €459bn civil service scheme ABP and the €67bn pension fund for the building sector (BpfBouw), had refocused on its core activities, selling its subsidiaries Loyalis and InAdmin.

The other large Dutch providers, PGGM and MN, confirmed to the news service that they remained closed to new clients.

The €238bn PGGM, the provider for healthcare scheme PFZW, said the only option for aspiring new clients was for them to join PFZW.

MN also wanted to focus on its existing owner clients, the metal sector schemes PMT and PME, as well as the industry-wide pension fund for the merchant navy (Koopvaardij).

Ahead of the last financial crisis, ABP and PFZW had the ambition to grow significantly. As a consequence, they decided to split their asset management and administration operations. 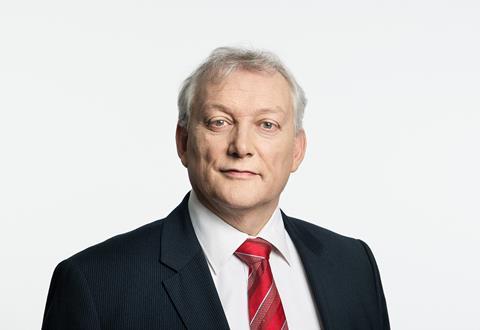 However, attracting other pension funds as customers failed to generate much additional income, while adding complexity to the service as a result of differing pension plans.

Currently, several smaller providers are withdrawing from the market in which scale is paramount for a profitable business, leaving smaller pension funds struggling to find an administrator.

Newcomers – in particular IT firms such as Centric and Capgemini – are trying to fill the gap. But as they still need to prove themselves, they have attracted a limited number of mainly smaller schemes so far.

He added that the DNB plan was about to enter consultations with APG as part of its assessment of the options for its future.

Tobias Bastian, partner at consultancy Sprenkels & Verschuren, said he knew of one other pension fund wanting to take a similar step.

He estimated that at least 15 schemes were seeking a new provider, because either their current one is to cease offering its services or pension funds aren’t satisfied with the current service.

Bastian said that continuity would be guaranteed at APG, but noted that the provider was likely to switch to a new administrative platform as the current one – Lifetime – is expected to be phased out in the coming years.