Six new members have been appointed to the board of the Institutional Investors Group on Climate Change (IIGCC), including Claudia Kruse, managing director, global responsible investment and governance at APG Asset Management, and Sandy Boss, global head of investment stewardship at BlackRock.

Boss was co-opted to serve on the board alongside Caroline Le Meaux, head of ESG research, engagement and voting at Amundi, while Kruse was one of four individuals elected to the board at IIGCC’s annual general meeting at the beginning of this month.

IIGCC said Boss and Le Meaux were co-opted following a board meeting “to ensure a balanced and diverse range of skills and experience”.

Those stepping down from the board include Greg Haenni, CIO of Caisse de prévoyance de Genève, and Torben Möger Pedersen, CEO of PensionDanmark, although Haenni has been named an adviser for the EU and Swiss market. David Russell, head of responsible investment at the UK’s Universities Superannuation Scheme, has also been appointed an adviser. 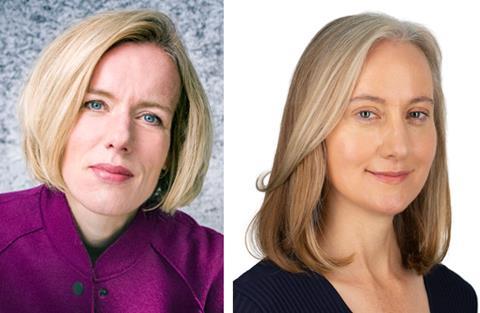 Claudia Kruse of APG and Sandy Boss of BlackRock as new electee, co-optee on the IIGCC board

The elections and new appointments follow a year of strong growth for the IIGCC, with 94 new entities joining the group and the IIGCC team expanding by more than 60%.

They also follow what Stephanie Pfeiffer, CEO of IIGCC, described as a “pivotal year for investor and corporate commitments to net zero”.

“We must capitalise on this momentum and ensure that if 2021 was the year of net zero commitments, 2022 is the year of demonstrable progress and implementation.”

Faith Ward, chair of the IIGCC, said: “One year into my position as chair, I am proud to have overseen such strong progress by IIGCC and its members.

“It has been an incredible period marked by clear successes. I look forward to 2022 being another landmark year.”

Speaking to IPE, Ward acknowledged that net-zero investor initiatives were under pressure to deliver and faced greenwashing accusations, but she said there were clear accountability mechanisms attached to the signing the Paris Alignment Investment Initiative asset owner commitment and joining the Net Zero Asset Managers initiative.

She also said these initiatives were only just coming up to their first anniversary, so “it’s a little bit early to be calling them out”. Ward also said it had been “an immense year” and that it was important to acknowledge how hard individual staff at IIGCC members were working, giving their time to freely to drive progress.

In 2022, IIGCC said, it would continue to focus on mobilising net zero commitments from investors and companies, and on “working with policy makers to provide a supportive environment in which these commitments can be translated into tangible action”.

The group plans to strengthen its Net Zero Investment Framework by adding components to focus on new asset classes and themes, including private equity, infrastructure, adaptation and resilience, derivatives and hedge funds.

Also on IIGCC’s agenda is developing a revised strategy for Climate Action 100+ to take it beyond the first phase which is due to end in 2023, “and continuing to hold governments to account on their commitments”, particularly in the run-up to COP27, with an updated Global Investor Statement for 2022.