BlackRock’s fixed income chief investment officer said he sees opportunities in secured asset classes such as commercial and residential real estate, as well as in bank capital and some areas of high yield.

Rick Rieder was speaking in an phone interview with IPE at the end of last week as US 10-year Treasury yields fluctuated, jumping back above the 1% level, and credit spreads were at long-term highs.

“We had been pretty negative on credit for a period of time,” Rieder said.

“Parts of the high yield market are starting to look very attractive. I would be a bit more deliberate around emerging markets because they could take a longer period of time for recovery.”

Credit indices like Barclays Capital Aggregate Credit Bond index or Merrill Lynch High Yield Corporate Master have lost a year or more of gains since reaching record highs in the first week of March this year.

Rieder, who is also head of BlackRock’s global asset allocation investment team, said the dislocation in markets was leading to unprecedented opportunities.

“I would argue this could be one of the most historic opportunities I’ve ever seen, if not the most. It is dissimilar from 2008 as you don’t have the same structural financial problems, there is a near term cash and liquidity problem,” Rieder said.

“In a couple of our portfolios we’ve started to add in the high yield market, both in Europe and the US,” Rieder said, adding that high yield should be seen “as a series of markets now”, with a poor outlook for sectors like energy but pointing to opportunities in assets with good collateral and covenants.

Rieder pointed to the need for concerted fiscal action globally to counter the effects of the coronavirus crisis as near zero or negative rates mean central banks no longer have the fire power to stimulate recovery.

“You need fiscal stimulus of maybe historic proportion because of the depth and how quickly this came on and the uncertainty as to its duration. We’ve lived for 10 years with monetary policy being the engine. Monetary policy has exhausted most of its tools.” 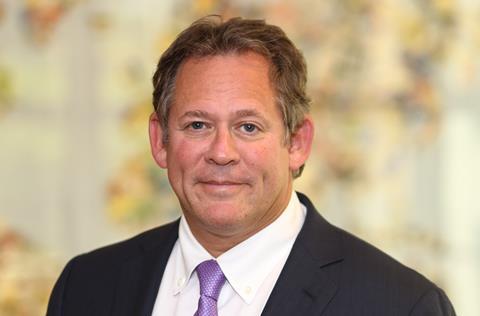 Speaking ahead of the US Congress’s $2trn stimulus package, Rieder said: “I’ve never been a believer in helicopter money unless you needed to do something extreme, but I actually think that the helicopter money at this point may be a useful implementation.”

The inflationary effect would be welcome since inflation is currently so low, he added.

Given the nature of the downturn, an appropriate response could fuel a strong bounce back, Rieder added.

He also said that the destruction of the downturn could unleash a creative force as the demise of old industries hitherto sustained by cheap debt is accelerated and new technology is fast tracked.

“I think one of the things that people are going to realise over the next probably 10 years is there is a demographic dynamic that means that growth is going to stay slower than it otherwise has been, and the only way to change that is through fiscal initiatives to get at innovative technology.”

He also reiterated calls for the European Central Bank and the euro-zone to make direct equity investment in innovative technology.

“The investments we’re going to make for the next 10 years are going to have to be around those that can create permanent cash flow and reinvesting in businesses to keep growing [rather] than the older ones.”