The group chief economist of BP has suggested a focus on energy price bands rather than climate scenarios in the development of climate disclosure standards.

Speaking yesterday during a King’s Business School policy forum organised in response to the IFRS Foundation’s consultation on sustainability reporting, Spencer Dale said he did not think climate scenarios, at least in terms of the current state of the science, were “fit for purpose”, in the sense that they were not simple and easily comparable.

He said this was brought home to him by recent work of the Network for Greening the Financial System (NGFS), which showed that “even once you’ve decided on a given carbon pathway, if you then analyse the implications of that pathway for the energy system using different state of the art models you can get really quite different outlooks for the energy system”.

“And so I fear that using climate scenarios as the basis for assessing financial materiality will almost inevitably end up having to pick a particular arbitrary pathway,” Dale added.

BP’s chief economist said he wondered if there was a simpler approach with which progress could be made, and suggested attention be turned to developing simple energy price bands instead.

He said this idea was based on the consideration that “all the companies subject to the disclosure rules we’re discussing today are price takers in energy markets” and that this meant the risk they faced was that of price at which they sell or trade energy falling sharply.

“Given that, does that mean we can shortcut the use of complicated climate scenarios and go straight to price metrics?” he asked.

“The outlook for energy prices will clearly depend on views about the speed and nature of the energy transition, but my guess is that by averaging across a wide range of different scenarios it’d be relatively straightforward to construct a set of ranges for different energy and carbon prices which could then be used to test the resilience of companies.” 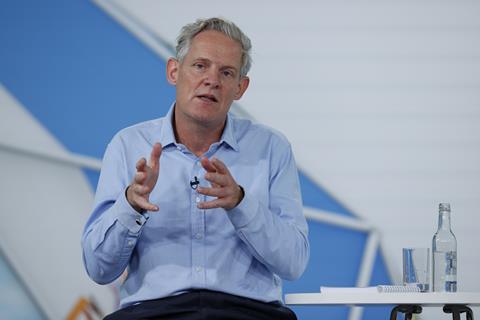 Dale suggested it would be easier for investors to think about price bands and that this approach also allowed investors to press investee companies to use a certain energy price if they disagreed with the standard one.

Lucrezia Reichlin, professor of economics at London Business School and a trustee of the IFRS Foundation, which has proposed the establishment of a sustainability standards board, said Dale’s proposal was interesting and simpler in terms of communication, but “still you’ll have to have scenarios”.

She said she agreed that “for someone who comes from the outside, like me, it’s kind of confusing” and that there would be some “learning by doing”, but that the Task Force on Climate-related Financial Disclosures was the “starting point because that’s where experience has been accumulated”.

However, she also suggested the new board under the IFRS, if there will be one, would have to “look at this also with a fresh mind”.