The decision from the German government last week to establish a relief fund during the COVID-19 crisis – which is set to be passed by Angela Merkel’s cabinet today – is seen as a positive sign for occupational pensions.

The economic stabilisation fund – known as WSF in German – will have a total volume of around €600bn, of which €400bn will be available for guarantees and €100bn for recapitalisation measures.

In addition, the WSF can take out further loans of up to €100bn to refinance special programmes for the state-owned development bank Kreditanstalt für Wiederaufbau (KfW).

Heinke Conrads, head of retirement for Germany and Austria at Willis Towers Watson (WTW), told IPE: “These are concrete measures that will not only contribute to stabilise the situation but also help to restore confidence in the economy in difficult times.”

“This is also a good message for company pensions,” she added.

The unexpected crisis caused by COVID-19 has laid a cloud of uncertainty for pension assets and returns this year. Capital investments are under pressure, while companies are forced to stop production activities.

Companies have to certainly navigate a volatile environment, she said.

“Many did a good job in preparing for difficult times, which brings them currently into a more favourable position,” she added.

For Conrads, an additional positive measure to take, particularly during the coronavirus crisis, is to decrease “the historically high tax interest rate, which is still at 6%.”

“This would lighten the tax burden for companies that provide direct pension promises to their employees and, hence, directly support companies and employees,” she said. 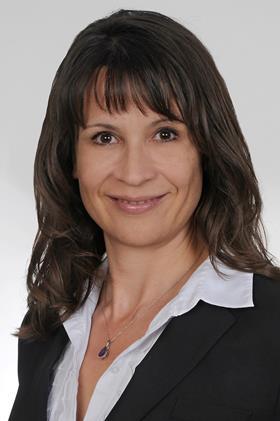 Heinke Conrads, head of retirement for Germany and Austria at Willis Towers Watson

In the case of insolvencies, the Pensions-Sicherungs-Verein (PSVaG) can guarantee occupational pensions to employees and pensioners.

According to a recent study by WTW, 72% of participating employees said they wished their employer would play an active role in offering occupational pensions.

In 66% of the cases, the provision of occupational pensions was said to be an important reason for employees to remain loyal to the company.

Funding levels decreased by one percentage point to 66%.

Conrads said the main reason for a pension obligations increase was the drop in interest rates. The interest rate median fell by 81 basis point, which equals to 1.1% for 2019.

“Due to the mechanics of pension valuations, a decreasing interest rate leads to an increase in pension obligations.”

Pension assets, however, progressed positively last year with an increase of 12.4%.

“An important reason for this is that the stock market developed very well and so higher returns could be achieved,” Conrads said.