Dutch pension funds that opt for the so-called flexible arrangement in the new pension system will be allowed to have buffers, according to a revised draft version of the new pension law that’s yet to be discussed in parliament.

According to sources familiar with the matter, the latest version of the concept law said that all pension funds can now have buffers. The law is expected to be sent to parliament at the start of 2022.

Pension funds opting for the former contract type will have a mandatory buffer of up to 15% of assets, while according to the latter pension funds have a voluntary option to add a buffer. However, this option was not available for company pension schemes.

In the new version of the law, all pension funds are being given the option to have a buffer regardless of the contract type they choose. However, the use of a buffer for pension funds within the flexible arrangement comes with limitations: the buffer can only include pension contributions and investment returns have to be distributed directly to members. 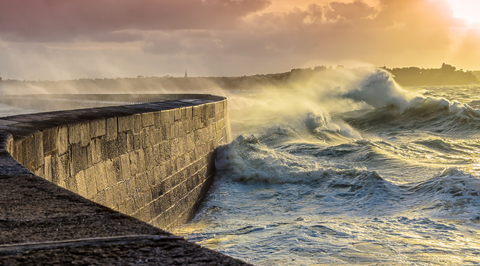 The thought behind this rule is that it is not appropriate for investment returns to be redistributed in an arrangement based on individual lifecycles.

In addition, the measure is designed to prevent pension fund members who opt for a high-risk portfolio from being able to free-ride if risky stock market bets turn out wrong.

In order to prevent such a perverted incentive, it will not be allowed to use the buffer to compensate for disappointing investment returns under the flexible pension arrangement. Under this contract type, the buffer can only be used to hedge longevity risk or operational risk.

The Ministry of Social Affairs declined to comment on the revised concept law. A spokesperson noted the text of the law can still change as the consultation process is still pending.

“Hence we cannot anticipate on the exact contents of the concept law,” the spokesperson said.