The UK’s financial markets regulator has delivered a set of proposals to extend the application of climate-related financial disclosures along the investment chain, while also seeking views on its thinking about topical ESG issues in capital markets, such as whether it should work on a UK green bond standard, and regulate ESG data and rating providers.

The disclosure rule proposals are twofold and target the achievement of a coordinated information flow along the investment chain, from companies in the real economy to financial services firms to investors. The latter group includes institutional entities such as pension scheme trustees and employers, and end-user consumers such as pension scheme members.

Climate-related disclosures do not yet meet investors’ and market participants’ needs, said Sheldon Mills, executive director of consumer and competition at the Financial Conduct Authority (FCA).

One of the proposals is about introducing climate-related disclosure requirements for asset managers, life insurers, and FCA-regulated pension providers.

The FCA said it had in particular sought to support new disclosures that trustees of large occupational pension schemes and master trusts are set to have to make. This is in keeping with promises it has made about being “mindful” of asset owner needs.

According to the FCA, the proposed scope would cover 98% of assets under management in both the UK asset management market and held by FCA-regulated asset owners (life insurers and FCA-regulated pension providers), representing £12.1trn (€14.1trn) in assets managed in the UK.

The regulator’s proposals would not apply to firms with less than £5bn in assets relating to relevant activities, it said. 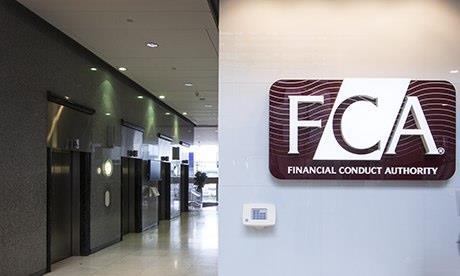 The FCA today also launched a consulation on extending to a wider scope of issuers a rule that it has already introduced for the most prominent listed commercial companies.

The FCA said its new proposals were among its first substantive policy proposals for the UK asset management and asset owner sectors since the end of the transition period for the UK’s exit from the EU.

“Given the global reach of regulated firms operating in the UK, the FCA has approached the design of the regime with international consistency in mind and to accommodate firms’ different business models,” it said.

The FCA’s consultations come as the TCFD is in the final weeks of a consultation aimed at informing proposed guidance on climate-related metrics, targets, and transition plans, including a technical supplement on portfolio alignment.

Separately, the FCA today invited feedback on its thinking about ”other topical environmental, social and governance (ESG) issues in capital markets”, saying it specifically wanted to generate discussion and engage stakeholders on issues related to green, social or sustainable debt instruments, and ESG data and rating providers.

“These are active areas of industry debate and therefore we are looking to gather views on potential harms that may need further policy intervention,” it said.

With regard to the debt instruments, the FCA asked for views on a range of measures it could take with regard to UK-issued green use-of-proceed bonds, noting the contractual terms contained within the prospectus for such securities may not fully reflect the information in the bond framework.

The FCA also asked for input on its identifying potential sources of harm in the market for second-party opinions/verifiers, and for views on whether it, alongside the government, should “consider the development and creation of a UK bond standard, starting with green bonds?”.

The regulator also set out its thinking about issues arising from what it said was the increasingly prominent role that ESG data providers, in particular ESG rating providers, were playing in the financial markets.

It is asking for input on questions linked to different policy actions that could be considered to address potential harms relating to ESG rating provision, some of which could be relevant to other types of ESG data provider.

These include further guidance for firms on their use of ESG ratings, encouraging providers to adopt a voluntary best practice code, or regulating providers’ activities.

”Since ESG rating providers operate and cover companies globally, we consider that there would be a strong benefit in a globally applicable regulatory approach, rather than a local regime,” said the FCA. “However, global coordination can often take time and the harms may arise locally in the meantime.”

The FCA is inviting feedback to both consultations by 10 September 2021 and intends to confirm its final policy on climate-related disclosures before the end of 2021.

The FCA said it would separately consider views on the ESG-related discussion topics in capital markets, with a view to publishing a feedback statement in the first half of 2022.