Dutch residential mortgages have traditionally been an asset class dominated by domestic investors, but it is gaining international momentum rapidly as foreign investors, especially from Germany and France, become increasingly attracted by the higher returns on offer.

French insurance company Aviva was the first big foreign investor to publicly announce its entry into the Dutch mortgage market this week. The company is investing €320m in a new mortgage fund set by its Dutch peer ASR.

But Aviva is certainly not the first to invest. Many Dutch asset managers already have foreign clients for their mortgage portfolios.

Foreign investors have a 37% share in market leader Aegon’s mortgage funds. Munt Hypotheken and Dynamic Credit, two other providers, welcomed their first foreign clients this year. Some of these providers even focus their acquisition efforts mainly on foreign clients.

Right now, foreign investors account for some 10% of annual mortgage originations in the Netherlands, said Jasper Koops, a portfolio manager at Dynamic Credit.

Consultant Martine Vissers of AF Advisors said foreign investments in the sector amount to €5-8bn a year. Exact numbers on this are not yet available.

But the number is set to rise further. The share of foreign investors on Aegon’s waiting list for new investments – on average clients have to wait 11 months until their ‘dry powder’ is being invested in new mortgages – is at almost 70%, according to the asset manager.

And a number of large international investors that are not yet active on the Dutch mortgage market are currently planning to make their first investments, said Vissers. Among these are some large Anglo-Saxon asset managers too, she confirmed. 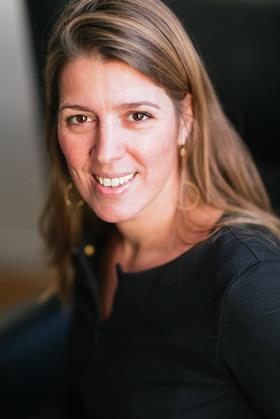 But most interest is so far coming from Germany and France, said Koops of Dynamic Credit, which announced its first €750bn mortgage mandate from an international client in March. Koops declined to name the party involved.

“We mostly talk to investors from these two countries these days,” Koops said. “Germans save a lot and don’t borrow as much [as Dutch people]. Because supply of money outstrips demand for mortgages in Germany, interest rates on mortgages are some 50-100 basis points lower there. That’s why German investors are coming to the Dutch market.”

According to Vissers, the arrival of foreign competitors is not necessarily bad news for Dutch pension funds. “Most pension funds reinvest the proceeds from mortgages that run off, but do not plan to increase their overall allocation anymore. So there’s definitely room for foreign investors on the market.”

The entry of foreign investors has so far had ‘a negligible impact’ on the level of interest rates, she said.

Moreover, Koops said, the foreign money is necessary in order to meet the demand for new mortgages in the Netherlands. “Dutch pension funds and insurers are no longer increasing their allocations, so a funding gap is starting to open. There’s not enough money in the Netherlands to finance all new mortgages.”

Vissers also noted the arrival of foreign investors led to increased fee pressure, perhaps unintendedly. Whereas total expense ratios for mortgage funds used to be around 50 basis points, this has now dropped to 25-40 bps, she said.

“Everybody was desperate to have foreign clients so in a bid to attract them they have often lowered fees, and Dutch pension funds are also benefiting from this,” she added.

So the trend towards lower costs, which is ongoing anyway because of increased competition – there are 15 different non-banking mortgage labels on the Dutch market now, Vissers confirmed – has been accelerated by the arrival of foreign clients, she said.

There’s no secondary market for Dutch mortgages as Dutch pension funds use mortgages as matching assets and keep them until maturity. In that sense, the arrival of foreign investors does not add to market liquidity.

Foreign investors entering the Dutch residential mortgage market has accelerated another trend: the move from generic mortgage funds, where a client simply gets generic exposure to an asset manager’s total mortgage portfolio, to bespoke mandates.

Therefore, most new investments in mandates and funds take a bespoke form. The ASR Separate Account Mortgage Fund that was launched this week is an example of this. In this fund, every investor has a separate account that can be tailored to their needs, such as a certain loan-to-value ratio and the duration of the mortgages.

This offers more choice to investors on the one hand, but it also leads to the market becoming more complex, Vissers said. “There are so many different investment structures for investors in mortgages these days. This can make it hard to see the forest for the trees, especially for smaller investors,” she continued.

This new trend doesn’t mean traditional generic mortgage funds will disappear, Vissers noted. “You van invest in traditional multi-client funds from €10m. The tailored solutions are usually only accessible from €250m. Only Munt Hypotheken is an exception to this with a minimal investment of €100m.”

The new ASR fund is right in between, with a minimum investment of €150m.