It said there were still gaps in the financial forecasts in the impact assessment despite the government having done work to improve them upon previous feedback from the Conseil.

It called on the government to improve the study before the pensions reform bill is tabled in parliament, in particular by including more analysis of how the proposed reforms could affect the employment rate among senior citizens and welfare-related spending.

The Conseil d’Etat, which advises the government on legislation, was also critical about the tight deadlines the government had given for feedback. It said the three weeks it had been given had prevented it from “carrying out its mission with the serenity and amount of time needed to best ensure the legal security” of its assessment.

“This situation is all the more regrettable because the bills are for a pension system reform that is unprecedented since 1945 and intends to transform for decades to come a social system that is one of the major components of the social contract,” it added. 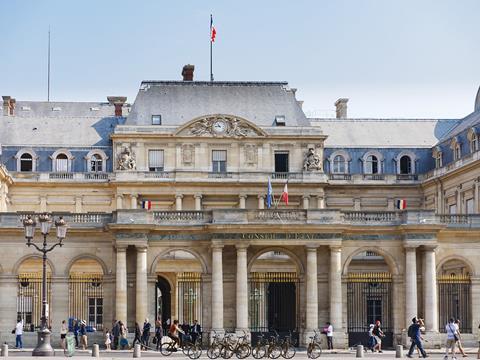 The Conseil d’Etat in Paris

According to the Conseil d’Etat the government had also on several occasions made changes to the reform bills during the short period it had been given to review them.

The body also expressed concerns about the number of “ordonnances” provided for by the reform bill, noting that the draft legislation empowered the government to issue 29 of these statutory instruments. An ordinance is a type of decree passed by the government in an area normally reserved for primary legislation enacted by the parliament.

The Conseil d’Etat also challenged the way the government has characterised the reform, saying the government’s line that “chaque euro cotisé ouvre les mêmes droits pour tous” – roughly translated as “every euro contributed gives access to the same rights for all” – was an “imperfect reflection of the complexity and the diversity of the rules defined by the bill”.

According to the Conseil, the government has made a change to the text to address this.

The lower house of parliament is due to debate the draft reform legislation starting 17 February. It was presented to cabinet ministers on Friday.

There have been multiple rounds of demonstrations against the reform plan, as well as a transport strike that is reportedly the longest in recent history in France.