Swiss pension funds, and other institutional investors, may rely on a fund of funds instrument to invest in small and medium sized companies in times of crisis, Rüdiger Fahlenbrach, professor at the Swiss Finance Institute of the Ecole Polytechnique Fédérale de Lausanne (EPFL), told IPE.

“In a fund of funds, a private company does the due diligence to find small and medium sized companies that need financing. It creates a large portfolio of preferred shares in the companies, and the pension fund or institutional investor then buys parts of the fund,” Fahlenbrach said, adding that the vehicle would lead to portfolio diversification.

Another instrument to attract investments in the local economy, linked to the idea of fund of funds, is a new type of security – cumulative preferred shares – that offers more flexibility to companies.

Fahlenbrach explained: “Preferred shares do not offer shareholders voting rights, there is no fixed maturity date to pay back a principal” and a company is allowed skip a dividend payment during difficult times, but such dividends are accumulated and paid at a later date.

Companies looking for financing would issue preferred shares for the fund in which asset owners can invest in.

The proposal stems from research activity that Fahlenbrach conducted with his colleague Erwan Morellec, professor of corporate finance at EPFL, and Jean-Pierre Danthine, former vice president of the Swiss National Bank.

It is based on the assumption that pension funds, or other institutional investors, often lack enough expertise and resources to carry out due diligence on companies.

“The second problem is that the money a pension fund can deploy in a small and medium sized company, let’s say up to CHF5m (€4.5m), is not enough to carry out all the due diligence that it is necessary,” Fahlenbrach explained, adding that the solution is viable long term.

Financing for small and medium sized companies in Switzerland is limited to own capital injection or a bank loan.

“An entrepreneur that takes money from the bank has to pay back the debt and the interest, no matter the economic uncertainty, and in uncertain times, entrepreneurs may be reluctant to take loans because they do not know whether they generate enough revenue to pay interest and principal,” he said. 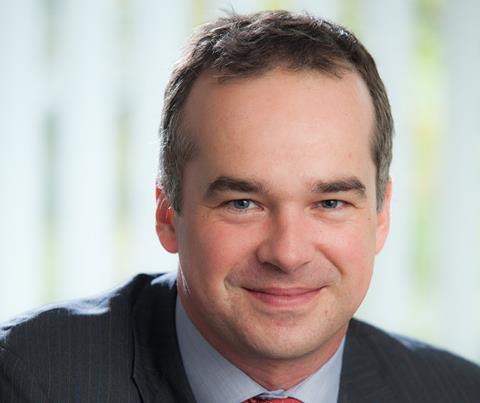 “An entrepreneur that takes money from the bank has to pay back the debt and the interest, no matter the economic uncertainty”

Rüdiger Fahlenbrach, professor at the Swiss Finance Institute of EPFL

The COVID-19 pandemic caused the Swiss GDP to fall by 2.6% in the first quarter of 2020, according to the State Secretariat for Economic Affairs (SECO).

The Swiss government has given guarantees for SMEs emergency loans.

“The government has essentially provided guarantees for about $17bn of bank loans, and we envision that the fund of funds could be started by converting these bank loans into preferred shares, held by the newly created fund.”

Fahlenbrach stressed that the participation of the state does not make the fund public, but added that in uncertain economic times it would need capital from the government in the form of equity on top of money from institutional investors.

“The state is necessary in the fund right now because there is still a level of uncertainty on whether the economy is going to recover, but when things are more stable, then the fund can run without the participation of the government,” he said.

If the economy recovers, companies will not default and pay the dividends, the state may opt to divest its part in the fund to other investors, he added.

So far, he said, the proposal has been pitched to bankers, while the essential question remains: is there interest from pension funds or institutional investors in such a fund of funds and appetite for this financial instrument?

“I would hope so, because Swiss entrepreneurs would get access to a new source of funding that does not dilute their voting rights, and is not as strict as a bank loan,” Fahlenbrach said.

“There are only so many public companies they could invest in, and the fund is an additional financial instrument to deploy money in Swiss francs that is not public equities, large corporate bonds or Swiss government bonds,” he added.