The German Finance Ministry is sending “positive signals” that point to a possible submission of a draft law to reform the third pillar Riester-Rente system, Christian König, managing director at the Association of Private Bausparkassen, told IPE.

Discussions on the reform reached the top level of the cabinet, with Chancellor Angela Merkel calling to “urgently” make progress on the private pension products in November.

The governing coalition CDU, CSU and SPD agreed at the beginning of the legislative period to further develop private old-age provisions through a dialogue with the insurance industry.

In a reply to an inquiry with the MPs for the liberal party FDP in December, the government said the dialogue took place with providers of Riester-Rente products, associations for the protection of consumers and social partners.

However, the government added that different views and proposals on the future of the tax-subsidized Riester-Rente, from the “optimization or further development” of existing subsidies to other approaches, are on the table.

A definitive idea on the future of the Riester-Rente has yet to take shape, it added.

A spokesperson for the Federal Ministry of Labour and Social Affairs had told IPE in October that the governing coalition soon planned to discuss options to further develop the Riester-Rente, but so far without tangible results. 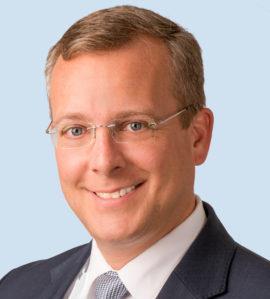 Recent numbers released by the Federal Ministry of Labour and Social Affairs (BMAS) show the urgency to find solutions to change the country’s private pensions system.

According to the latest statistics, the number of Riester-Rente contracts in 2020 stood at 16.3 million, down from 16.5 million the prior year, including 10.6 million insurance contracts, 3.2 million investment funds contracts, 591,000 bank savings contracts and 1.8 million residential contracts.

The Social Advisory Council, an advisory body to the government, pointed out that subsidies and expected returns on the Riester-Rente products suggest that certain levels of pre-tax benefits will not be achieved for a considerable part of the insured.

“Both new constructions or the purchase of a residential property and renovation are eligible for funding,” he said, adding that this leads to saving own capital with government subsidies or reducing debt quickly.

The Federal Ministry of Finance started a dialogue with the associations last spring.

“We spoke in favour of introducing a cap to costs in response to the criticism on the cost of some Riester-Rente products,” König said, adding that the reduction of the effective costs proposed was 1%.

The Association of Private Bausparkassen has joined forces with the German Insurance Association GDV and the fund industry association BVI to design a five-point plan for the Riester-Rente reform.

The managing director of the German Insurance Association, Jörg Asmussen, said that a Riester-Rente reform should happen in this legislature.

The associations demand the introduction of a standard product, transparency for subsidies, expansion of the group of people eligible for funding, looser guarantees and automated procedures to grant supplements.