Swiss pension funds are likely to remain untouched by Greensill Capital’s insolvency and the liquidation of Credit Suisse’s supply chain funds, according to consultants.

“I think that the direct impact on the balance sheet of Pensionskassen [regarding] the Greensill and Credit Suisse case is very small – supply chain finance and factoring make up a very small proportion of alternative investments in the portfolio of Pensionskassen,” Philipp Weber, senior consultant at c-alm, told IPE.

The German financial supervisory authority, BaFin, issued a ban on payments for Greensill Bank AG, a subsidiary of the Greensill group based in Bremen, on suspicion of an imminent risk for the bank to become over-indebted.

BaFin found that Greensill Bank AG was unable to provide evidence of the existence of receivables in its balance sheet that it had purchased from the GFG Alliance Group.

The assets held by supply chain funds, largely made of notes backed by existing and future receivables, were originated and structured by Greensill Capital (UK), or one of its affiliates, according to Credit Suisse’s latest financial statement.

“We provide advice to large Pensionskassen, and I have not seen one case of a Pensionskasse involved Credit Suisse’s supply chain funds,” Martin Janssen, chief executive officer of consulting and asset manager firm Ecofin, and professor of finance at the University of Zurich (UZH), told IPE.

A Swiss asset owner told IPE that he was not aware of any larger pension fund in Switzerland invested in Credit Suisse’s supply chain funds.

Hansruedi Scherer, a partner at Zurich-based PPCmetrics, also said he was unaware of pension funds investing in the Greensill-Credit Suisse product. The underlying issue of low interest rates combined with high promised benefits meant that “pension funds may be tempted to take risks that are not appropriate,” he told IPE.

“Pension funds can afford to take risk, it is not necessary to protect themselves against risky investments, [but] the key is to take well-diversified risks that they understand, and that are appropriately measured in relation to their risk capacity,” he added.

Low interest rates, and less profitable investments, have led many Pensionskassen in Switzerland to increase the level of investment risk.

“The increase in the degree of risk, however, is predominantly caused by an increase in the share of investments in real assets for Pensionskasse, particularly in real estate,” Weber added.

The rate of alternative investments has increased to a much lesser extent measured in percentage points, he noted.

“If we look at the mix of the alternative investments, we find that the portion of investments under which supply chain products are subsumed has not increased,” Weber explained, adding that pension funds are now less prone to investing in non-transparent products promising absolute returns, despite facing a yield crisis, in contrast to what happened during the last financial crisis.

According to Janssen, Pensionskassen rely on well-diversified portfolios, while investing a small fraction of their assets into alternative investments including private equity, hedge funds, infrastructure and also supply chain funds. “I do not expect bigger losses for this type of investor,” he said.

Pension funds take on average more credit risks within a bond portfolio, and the share of equity investments, but also of alternative assets, have increased, Scherer said.

“If these types of investment risks are covered by the risk capacity of the funds, it is not a problem,” he said. Pension funds may find it difficult to identify risks in supply chain funds that have a relatively complex structure. 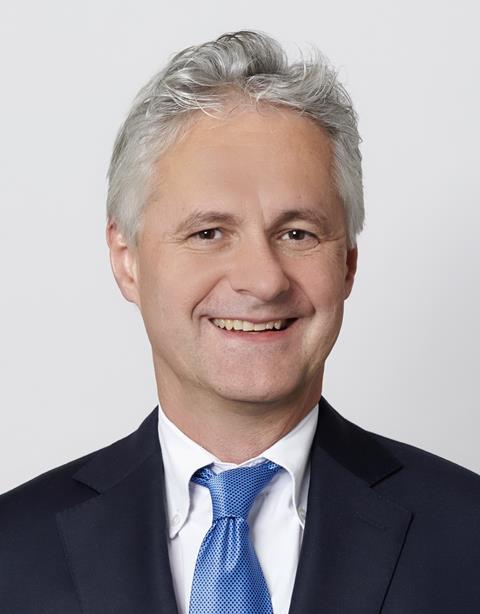 “With such products, it is very important to check whether the interest of the asset manager matches the interests of the investor”

“With such products, it is very important to check whether the interest of the asset manager matches the interests of the investor,” Scherer added.

Pensionskassen may incur risks relating to counterparty, liquidity, conflict of interest and transparency.

“Debtors, including insurance companies that insure credit risks, can default. In the case of Greensill and Credit Suisse, the insurance coverage is questionable and the contract is not extended,” Weber said.

He also highlighted the aspect of a “concentration of debtors from individual companies” in the case of Greenshill, which becomes particularly problematic if future account receivables are bought without any other counterparty than the seller of the receivable.

The main risk, however, is transparency: “I doubt that most investors were aware of the concentration of debtors in one company and the purchase of future receivables,” he said.