Dutch pension funds that do not want to make the transition to a defined contribution (DC) arrangement are increasingly considering the option of a buyout for accruals, according to market observers. Since funding ratios have risen considerably in the past 18 months, buyouts have become an option for a larger number of pension funds.

“When pension funds weigh their options for the future, a buyout is always being considered,” said Daan Kleinloog, partner at consultancy Sprenkels & Verschuren (S&V).

“But in the past few years the buyout option almost never made it to the shortlist. That’s clearly different now,” said Kleinloog, who advises pension funds on the pension transition.

Vandena van der Meer of consultancy Montae & Partners told trade publication Pensioen Pro earlier this year: “If a fund has a funding ratio above circa 120%, accruals can be moved to an insurance firm with guaranteed indexation.”

The increased competition in the buyout market also makes a buyout a more attractive option for a pension fund.

Kleinloog said: “Until recently, you really had only one firm offering buyouts, which was NN Group. Now firms such as Zwitserleven and Lifetri have also entered the market. This has led to more competitive pricing. A pension fund can get more bucks for their money now than previously.”

But the most important trigger for the increased interest in buyouts is the pension transition.

“I think almost every fund outside the top-30 is considering whether it wants to continue in its current form. It would surprise me if a buyout is not among the options they are weighing,” said Tobias Bastian, who is also a partner at S&V.

Insurance firms NN, Zwitserleven and Lifetri all see a strong uptick in interest for buyouts among pension funds. Together with Aegon – which did not respond to a request for comment – these firms are the most important players on the Dutch buyout market.

Zwitserleven and Lifetri also see higher demand. “We notice many funds are considering their future because of the pension transition,” said Lennaert van Anken, director at Zwitserleven. “All funds are at a crossroads. Will they transition accruals to the new system and move to DC or will they stay in the current system and move towards guaranteed rights?” 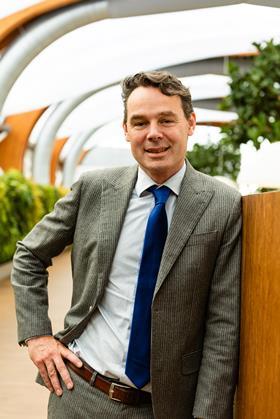 The number funds that has made requests for proposals for buyouts is “almost double” the expectation when the pension agreement was concluded in 2019, said Philippe Wits, CEO of Lifetri.

“We have played our part in this too by showing pension funds that it is possible to give pensioners a choice between an arrangement based on guarantees and making the transition to DC. According to the draft pension law, transferring accruals is the standard but the text of the law does not say that you cannot also give people the option of a buyout.”

Wits of Lifetri, a relatively new insurance firms specialised in buyouts, said it has a buyout pipeline of €40-50bn.

“This concerns between 10 and 20 pension funds that are considering a buyout, but these funds are all at very different phases in the process. For some funds it’s more certain they will go for a buyout than for others,” he added.

According to a recent survey by regulator DNB, at least 70% of pension funds expect to transfer accruals to a DC setting. Thereby those funds would implicitly exclude the buyout option.

For Zwitserleven’s Van Anken, the 70% figure is higher than anticipated. “I don’t know how DNB came to this conclusion. But I think many funds do not know where they will end up at this stage. I expect that in the end fewer fund will transition to the new DC system than this research suggests.”

Lifetri’s Wits also takes the survey results with a pinch of salt. He said: “That 70% of funds would like to make the transition is not something I recognise in the market. What I do recognise is that many funds are yet to take a decision between making the transition or doing a buyout.”

The category of funds that are most likely to opt for a buyout or a carve-out, an option involving the transfer of pensioners’ pension rights to an insurer, are corporate pension schemes. Dutch social partners are strongly opposed to buyouts, as they re-affirmed last week. As a consequence, buyouts for sector schemes are not in the line of expectation.

Van Anken said that defined benefit (DB) rights in corporate pension schemes are currently close to insured DB because they often include implicit or explicit guarantees, for example an obligation to close funding gaps.

He said: “As far as sector schemes are concerned, risks are fully borne by the pension fund while employers tend to take on some or most of this risk for corporate schemes.”

The most recent buyout deals involved smaller corporate pension funds such as Allianz and credit insurer Atradius. But larger company schemes are also interested, said Wits. “We are currently talking to one of the largest corporate schemes in the Netherlands about a buyout.” Wits declined to name the fund in question.

Van Anken expects the pension transition will speed up consolidation among corporate pension funds. “I would not be surprised if at some point in time there were almost no corporate schemes left.”

At the end of the third quarter of 2021, there were 129 corporate schemes operating in the Netherlands.

S&V’s Bastian does not believe corporate schemes will (almost) entirely disappear from the Dutch pension landscape. “To have a corporate pension scheme or not is not just a financial consideration. Some firms simply want to have their own scheme.”