Setting up an NOK50bn (€4.7bn) fund to buy up the debt of companies with or without external ratings, with all systems in place and a solid legal basis – including permission from the King of Norway – is surely a challenging and time-consuming task, even in the best of circumstances.

But two months ago, the Norwegian government and asset manager Folketrygdfondet put the country’s new Government Bond Fund into action in just 12 days – at a time when nearly all the organisation’s staff were working out of their own homes.

Kjetil Houg, chief executive officer of the Oslo-based operation, told IPE: “It was a fast track process – the pandemic had escalated on the 12th March and already on the 15th the government announced the fund.”

But following the financial crisis, between 2009 and 2012 it also managed the first version of the Government Bond Fund.

That fund was designed to support the struggling economy by providing liquidity to domestic companies, and it is the operation’s experience with that predecessor that has allowed Folketrygdfondet to act swiftly this time around, Houg said.

“We did a very parallel process in 2009, and because we still have many of the same people on board, we have the experience and knowledge – we knew exactly what to do when we got the order from the ministry,” he said.

As early as 27 March, Folketrygdfondet made its first investment.

“The fact we had a very quick response and knew precisely what to do had a positive effect in calming the market and normalising trading conditions,” said Houg.

The new bond fund can be compared to similar schemes elsewhere in Europe such as European Central Bank’s new temporary asset purchase programme, the Pandemic Emergency Purchase Program (PEPP). and the Bank of England’s new Term Funding scheme, he said.

“But the Norwegian scheme is the only one that goes beyond investment grade,” he pointed out.

The mandate for the reprised Government Bond Fund is very open, according to Houg, allowing investments in the primary and secondary markets, with few restrictions in terms of industrial sector, and permitting half of the fund to be invested in high yield debt. 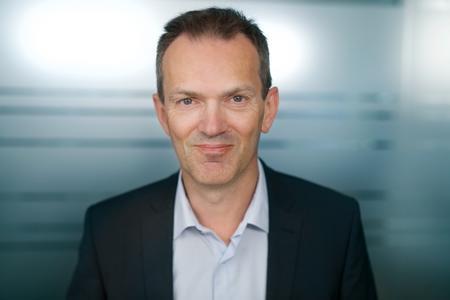 “There is scope for buying basically all types of debt instrument”

“There is scope for buying basically all types of debt instrument, though we typically will have some minimum requirements, such as a registration in the clearing and settlement service VPS, and also we require a rating on the bond, but that can be an internal rating,” he said.

The fund can buy convertible bonds as well as senior and junior loans, he added.

Assessing credit risks is a core activity for all bond managers, and although economic forecasters had scant precedents to guide them when the pandemic first became a reality, Houg said the business picture is now starting to become a bit clearer for Norwegian companies.

“At the start of the pandemic, it was very volatile and uncertain, and a lot of people were searching for answers and didn’t see how this would bottom out. Now we can see the macroeconomic bottom of this, and for some parts of the local economy the future is a little less uncertain,” he said.

“All of this takes time and for some sectors it’s still very difficult,” said Houg. “When we assess companies, we try to be fair and take all information into account, and where there are external ratings we lean heavily to the agencies’ opinions.”

Although Folketrygdfondet has plenty of experience to draw on in its management of the new fund – not only from the previous Government Bond Fund, but also from the 40% bond allocation it runs in the GPFN – there are notable differences with the new task and what has gone before.

The GPFN’s bond allocation, for example, only invests a small fraction of assets in high-yield, but  Houg said there have been strong signals from parliament and the Finance Ministry that politicians want the new bond fund to invest in this segment of the Norwegian bond market.

Also, said Houg, the crisis this time is very different from 2008, which was a banking crisis, albeit one where the main damage happened outside Scandinavia.

“This time it is a supply shock that threatens economic growth generally and also service sectors such as transport and tourism. We also had the collapse of oil prices, which for the Norwegian economy is a severe shock, “ he said.

Whether the fund will reach or even exceed the NOK50bn capacity it has been given, Houg said, is impossible to say.

“When the country was locked down there were suddenly huge flows in the secondary market, due to the very sharp swing in the value of the krone”

“When the country was locked down there were suddenly huge flows in the secondary market, due to the very sharp swing in the value of the krone,” he said. The unit’s dramatic drop against major world currencies triggered forced selling from some of the bond funds in March, though this has now stabilised.

“Now you see few sellers because spreads are quite elevated, and most people are sitting on their hands,” he said.

If this situation continues, Houg said it will take more time to build up the portfolio.

“We are there to support the market, and our presence is having a very positive impact,” he said, adding that right now there is plenty of liquidity, and very few companies without access to it.

“But we could enter a new dip – it’s impossible to see,” said Houg.