How JP Morgan’s DC fund is addressing the decumulation problem

Six years after the introduction of pension freedoms in the UK, the defined contribution (DC) market still lacks innovation for members in retirement, according to industry experts.

Panellists at the Pensions and Lifetime Savings Association’s (PLSA)virtual investment conference debated the state of the decumulation options available to members.

Rene Poisson, chair of JP Morgan’s £4.9bn (€5.7bn) DC pension plan, said his scheme had reassessed its decumulation offering in the wake of the 2015 policy change, which saw then-chancellor George Osborne give individuals aged 55 and over the freedom to access their DC savings as they wish.

However, the options available were limited, he said. When the JP Morgan trustees explored their options in 2015, Poisson said they had looked for ready-made drawdown products and deferred annuities, but “found no compelling options” and “little desire to develop propositions” from providers.

Instead, the trustees struck deals with third-party providers to build a decumulation framework suitable for the JP Morgan scheme’s membership. A platform was acquired to handle the re-registration of members at retirement into either a master trust arrangement or a self-invested personal pension option, for those running their own investment strategies.

Investment managers were retained at the same cost in the decumulation phase as in the accumulation phase, reducing “friction costs” when members retired. 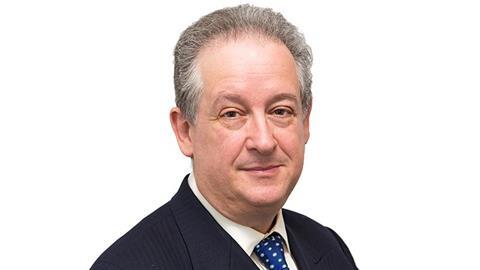 Members of the scheme are contacted five to six years before retirement about their options, but Poisson highlighted that this was a small part of a continuous engagement and education communication process the scheme operated. This was designed to ensure members fully understood their retirement savings and picked the path best suited to their needs.

However, Poisson said the development of the decumulation phase was not finished as the trustee board was reviewing its default options in 2021. “I’m hoping the industry will come riding over the hill with a new solution this year,” he said.

Other panellists also highlighted the lack of post-retirement product innovation for individuals or schemes.

George Currie, DC and financial wellbeing consultant at LCP, highlighted work by Legal & General Investment Management and others on a “four pots” model, which splits retirement savings into sections for different uses, including setting aside some for long-term income needs.

Currie also said target-date funds were growing in popularity in the UK as they were simple for members to understand and usually cost-effective.

“The market has been slow to react and deliver products to meet member needs post-freedoms,” he said. This was largely because it was “uneconomical” for providers to launch new products for small DC accounts, and the UK did not yet have “the mass DC retiree population” needed to drive innovation.

“No one needed the iPhone when Steve Jobs presented it in California in 2007. I think if you had the products, you would find huge demand for them.”

However, JP Morgan’s Poisson disputed this. “No one needed the iPhone when Steve Jobs presented it in California in 2007. I think if you had the products, you would find huge demand for them.”

Stephen Lowe, group communications director at annuity provider Just Group, argued that more work was needed to boost savers’ confidence pre-retirement to help them make the right choices and avoid scams or running out of money.

He advocated for “auto-enrolment into PensionWise”, the government-backed retirement guidance services, as just 14% of people eligible to use it did so. Alternatively, Lowe suggested expanding the provision of “low-cost personalised advice” or the introduction of new legislation requiring savers to reach a minimum guaranteed income level before they can access the flexibilities introduced by pension freedoms.