The International Financial Reporting Standards Foundation trustees have announced a one-month delay to their merger with the Value Reporting Foundation (VRF).

In a brief statement, the trustees said they now expect “to finalise the remaining procedures necessary to complete the legal consolidation.”

The update follows the Foundation’s 22 June announcement that it would complete its merger with the VRF by 1 July.

The VRF was formed out of an earlier merger between the Sustainability Accounting Standards Board and the International Integrated Reporting Council.

News of the delay comes as the International Sustainability Standards Board (ISSB) enters the home straight of the public consultation on its two draft sustainability standards dealing with general sustainability disclosures and climate change.

The ISSB issued the two standards in March. In May, the board’s vice-chair, Sue Lloyd, said the ISSB was “quite close” to recruiting an initial group of board members. The board is aiming to have a total of 14 members – including her role and chair Emmanuel Faber.

She added that the ISSB will begin redeliberation of the two draft standards as soon as a quorate board of eight members is in place, with the rest of the board to be appointed by the “end of the calendar year”.

The announcement of two further appointments to the board on 24 June means the ISSB is now able to achieve a quorum and hold its inaugural meeting later this month.

Meanwhile, the UK Financial Reporting Council (FRC) has added its weight to calls for the ISSB to clarify the application of materiality in sustainability reporting.

The UK financial reporting watchdog said: “Further guidance may be required to support the consistent application of materiality for sustainability-related financial disclosures. 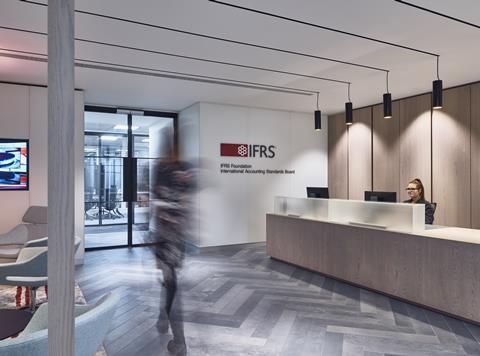 “We recommend that the ISSB develops a separate Practice Statement on the application of materiality for sustainability-related financial disclosure given the qualitative and subjective nature of this information and to ensure that the disclosed information is relevant to primary users.”

The FRC also urged the board to align “the application of materiality with Practice Statement 1 Management Commentary Exposure Draft”.

The International Accounting Standards Board is currently deciding how it plans to take its management commentary project forward.

The conceptual battleground is broadly split between an entity-based approach to reporting – single materiality – and a wider view of the reporting entity’s impact on a wider constituency such as people, society and the environment.

In a 20 May comment letter to the ISSB on the general sustainability disclosures draft, professor Carol Adams from Durham University Business School urged the board to align its approach with the Global Reporting Initiative’s double materiality concept.

She wrote: “I reiterate the need for a double materiality approach, recognising that investors need information on corporate impacts on economies, society and the environment (provided through GRI Standards) and information on the financial implications of sustainable development issues.”

The GRI has been working with the European Financial Reporting Advisory Group since July 2021 on developing the EU’s ESRSs, which will form the basis for disclosures under the Corporate Sustainability Reporting Directive.

Finally, in a speech last week to the IFRS Foundation Conference 2022 in London, IASB chair Andreas Barckow warned constituents to expect the board to amend its financial reporting literature in the future to align with new sustainability standards.

He said: “The existence of the ISSB does not mean that we will need to make changes to the entire suite of IFRS Accounting Standards – in fact, I would expect most of our literature to remain untouched.

“However, I cannot rule out the possibility that there will be no changes either. Yet, even if the Sustainability Disclosure Standards the ISSB produces may have some implications for our work plan, I think the impact will be manageable.”