​Inevitable that some see ATP as ‘boring and conservative’, says chair

The chair of Denmark’s statutory pensions giant ATP has weighed into a debate on the future of the DKK960bn (€129bn) pension fund, arguing that the reform of its governing legislation now before parliament strikes the balance needed to keep the scheme functional and attractive.

Torben Andersen, chair of ATP’s supervisory board, said in a commentary: “In the eyes of some, it may seem a somewhat boring and conservative scheme – but it has to be so, precisely because ATP is a fundamental and necessary part of the Danish welfare model.”

But he admitted, in the self-penned article published on Danish-language news service FinansWatch on Monday, that a lot had changed over the years, with falling interest rates being one of the biggest challenges for ATP now – one which the reform sought to solve.

A raft of changes to the ATP Act have been proposed by the Ministry of Employment based in part on changes to the pension fund’s business model agreed by its supervisory board at the end of last year.

That plan involves boosting the return potential while keeping guarantees largely in place, by redirecting a fifth of new contributions to ATP into a new diversified, multi-asset portfolio instead of the bonds-and-swaps hedging portfolio.

An illiquidity premium is also to be added to ATP’s discount yield curve, which will free up a proportion of low-yield assets for investment into riskier, higher-return investments.

Andersen’s commentary was part of a series of comment pieces on FinansWatch over the last few weeks, billed as a debate on whether ATP is still relevant, and its future role.

Links to the articles were published on ATP’s website this week.

The ATP chair wrote: “The changes must of course be made with due respect for the fact that ATP has a central role to play as part of the basic economic security in Denmark.”

He said ATP welcomed the debate, and saw it as both natural and necessary. 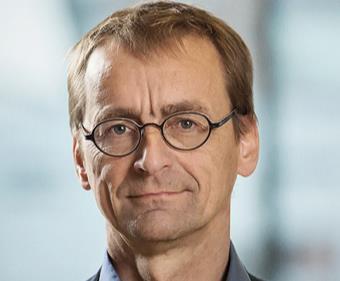 “No matter how you look at ATP, it is crucial that everyone can count on ATP”

“No matter how you look at ATP, it is crucial that everyone can count on ATP. There must be confidence that we manage our mandate with responsibility, orderliness and professionalism,” he said.

Low or even negative interest rates meant it had become more difficult to create good pensions, Andersen said, partly because the return that ATP could guarantee was low, and partly because low rates spread to more risky assets, and so expected, future returns shrank more broadly.

“But it does not necessarily eliminate the need to save up and set aside money for old age,” he said, adding this if this did not happen, then the state would have to dig into its pockets.

“So yes, there is a need for new thinking, and that is why ATP’s board of directors began working just over two years ago on adapting our business model and the subsequent change in the ATP law, so that we can invest with a little more freedom and take a little more long-term risk, thus increasing the chances of a good return for all Danes,” Andersen said.

However, in another commentary in FinansWatch’s series, Mads Lundby Hansen, chief economist at think tank CEPOS, argued that the mandatory contributions that went to ATP should instead be made to private pension institutions chosen by individuals, to ensure competition and people’s right to make a free choice.

“It was useful to establish ATP in 1964, as it can be seen as the starting shot for the current pension model where Danes largely save up for their own pension,” he said.

But today, he said, there was an extremely well-developed pensions infrastructure in Denmark managed by the private sector.

“Against this background, it can be argued that ATP has played its role,” Lundby Hansen said.

“The payments for the scheme are too small to make a difference for the average Dane, and the investments are tied up in an outdated model that provides poor opportunities for a reasonable return on the forced contributions to be paid into the scheme,” he wrote.

Meanwhile Claus Blendstrup and Marie Jakobsen of Ældre Sagen, an association protecting the interests of older people, backed the continuing existence of ATP:

“In the future, ATP as a pension benefit will become less important as more and more new national pensioners have a labour-market pension.

“However, there will still be a residual group that has no other pension savings. For them, ATP will play an important role. This includes benefit recipients,” they said.

But ATP’s model did need to adapt to ensure that the statutory scheme continued to be a real supplement to the national pension in the future, the pair wrote, saying that they supported the current legislative proposal.

However, Blendstrup and Jakobsen also said the contribution to ATP – which has not changed for several years – should be revised so it follows the wage development, “as long as everyone of working age is not guaranteed another pension scheme through a collective agreement, a company agreement or in some other way.”

The new ATP law is scheduled to take effect in July.