The Church of England Pensions Board (CEPB) and the Council on Ethics of the Swedish National Pension Funds have led investors in setting a 2030 deadline for reforms to the mining sector.

The announcement came on the second anniversary of the Brumandinho disaster, when a tailings dam near a mine in south-east Brazil collapsed, killing 270 people, and creating a river of iron ore waste which contaminated the countryside.

The disaster prompted the formation of the Mining & Tailings Safety Initiative (MTSI), a group of over a hundred investors in the extractive industries with a total $20trn (€16.3trn) in assets under management, who seek to precipitate change within the sector via engagement with companies and affected communities.

The group has now committed to further interventions to drive change, including on tailings dams.

Since its creation, the investor group has – along with the International Council on Mining & Metals (ICMM) and the United Nations Environment Programme (UNEP) – co-convened an independent process to develop a new global industry standard on tailings management, published in August 2020.

It also elicited the first comprehensive corporate disclosures from listed mining companies on their management of tailings dams, with 65% of the mining industry by market capitalisation responding to its disclosure request.

Meanwhile the CEPB, the Council on Ethics and the UNEP made a commitment to establish an independent international institute on tailings to advance the global standard and future disclosure, to be up and running by the end of 2021.

At an online event held yesterday to review progress over the past two years, investors announced their 2030 Investor Agenda for the Mining Sector in order to bring about change.

Adam Matthews, co-chair of the MTSI and director of ethics and engagement for the CEPB, told IPE: “The aim is to put it into practice over the remainder of this decade. We feel this is the timeframe over which the level of change needed can be achieved.” 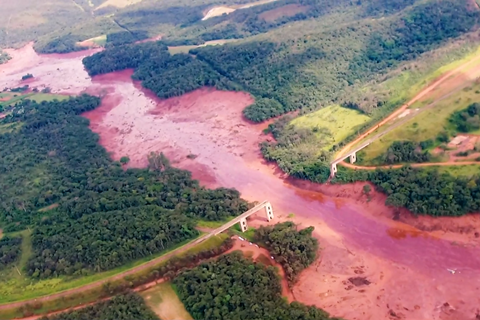 An important feature will be addressing the issue of a “just transition” related to automation – such as using driverless trucks – and the loss of jobs.

Matthews told IPE: “Automation will have a huge impact on the mining sector – that needs managing, so that it does not leave the workforce and communities stranded. We will want to understand from companies what their approach is, what best practice is, and how they intend to address the transition.”

There are also plans to set up an independent expert advisory group to determine a second disclosure request to be made in 2021, conforming with the new global standard.

And an expert working group will be formed to determine the feasibility of a global 24/7 tailings monitoring hub, to report by the end of June this year, while a new investor working group will engage with communities in Brumandinho and Mariana, the site of another Brazilian tailings dam collapse.

John Howchin, co-chair of the MTSI and secretary general of the Council on Ethics, said: “We have demonstrated how investors can drive genuine change in a sector that is vital to society and the low-carbon transition. There is a partnership to be developed with asset owners that establishes an agenda of change that will ensure this sector is not undermined by repeated incidents.”