Investors to be engaged 'to take on' corporate lobbying

Think tank Preventable Surprises has launched a project aimed at “empowering investors to take on corporate lobbying in a systematic manner”.

According to a description of the project by Jérôme Tagger, the group’s relatively new CEO, the Corporate Lobbying Alignment Project (CLAP) is an applied research and engagement project that will work to make “corporate political capture a central component of investors’ approach to ESG stewardship and integration”.

He said that corporate lobbying was possibly the major factor underpinning lack of progress on numerous systemic environmental and social risks, because corporate influence stopped lawmakers and regulators from acting on evidence and in the public interest.

Investors who were active on ESG issues often recognised that corporate lobbying and political capture presented risks to economies, but were not yet systematically taking into account the effects of corporate capture in their work, according to Tagger.

The approach so far had been to “fire-fight” and there had been progress, “but in the big picture investor action on climate lobbying and other forms of political capture remains lip service, rather than the necessary push for structural reform,” Tagger wrote on the Preventable Surprises website.

“Incremental progress is no longer adequate,” he wrote. “A highly concentrated and globally connected financial system means the response to corporate lobbying must be systematic and forceful.

“The failure to implement national climate policy in jurisdictions including the US, Australia and Canada is a testament to the lobbying power exercised by the fossil fuel sector and its supporters. Beyond North America and Australia, lobbying power by corporations opposed to the most basic climate targets and other fundamental public policy action is damaging prospects for a green economic recovery in much of the G20.”

An example of progress given by Tagger was a voting result at the AGM of oil and gas company Chevron in late May, with 53% of votes cast supporting a shareholder resolution asking the company to produce a report disclosing the extent to which its lobbying aligned with the Paris Agreement.

It wasn’t only about climate change, however, with Tagger noting that former UN chief Ban Ki-moon has spoken out on the extent of corporate capture in the US health system. 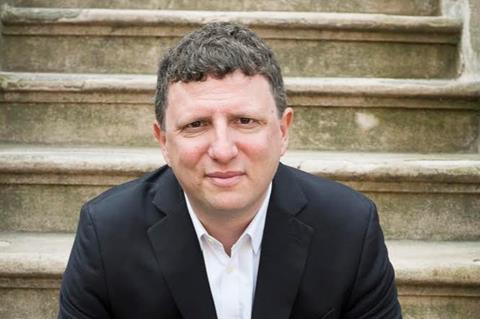 “CLAP will engage thought and action leaders, collaborate with positive mavericks and draw on the leadership of existing efforts and organisations to build a community of action”

CLAP will seek to achieve its aims by engaging “thought and action leaders, collaborat[ing] with positive mavericks and draw[ing] on the leadership of existing efforts and organisations to build a community of action”.

”Over the coming year, we will be engaging the ESG field to educate, accelerate, systematise and build a community of practice,” wrote Tagger. “Expect notes and conversations on sectors, lessons learned, methodologies, and more.”

Its first event will be an online roundtable on 28 August to discuss case studies, investor experience, and actionable ideas.

CLAP is supported by the Joseph Rowntree Charitable Trust. Tagger’s blog post about the project can be found here. Preventable Surprises was founded by Raj Thamotheram, a columnist for IPE.