On Biden, Trumpism and a ‘skinny’ Brexit deal

Tina Fordham, partner and head of global political strategy at Avonhurst, gave listeners a tour of implications of the US election and of the outlook for a Brexit deal and next year.

She suggested that “we’re in for an extremely unusual period” because President Trump was not going to retire to paint watercolours or raise money for a presidential library as other former presidents have done, but probably “put himself forward as a parallel political movement”.

She posited that Trump was “the first political casualty” of the pandemic era, but warned that there was “more spectacle to come”.

“Trumpism is going to remain a powerful force,” she said. “Trump speaks to the appeal of populism and the extent to which it can morph to meet the challenges.”

Next year would be marked by the vaccine rollout, she said, noting that addressing vaccine hesitation, which was high in France and the US, would be crucial. The seeds of new popular movements bringing together vaccine scepticism and fear of government constraints on civil liberty could be seen.

On Brexit, Fordham said the departure of Boris Johnson’s adviser Dominic Cummings had raised hopes that UK negotiators would be more willing to settle for big compromises, but in her view the UK government will “hold out until the last possible second”.

“The UK needs a deal even if it’s a so-called skinny deal and I expect a skinny deal is what we’ll get rather than crashing out, but there is a material probability of a failure to get a resolution.”

Markets had been too complacent, she said: “Policy accidents happen and Brexit is still a policy accident waiting to happen.”

The sustainability journey: where do we go from here?

Cautious optimism on sustainability from Elodie Laugel, chief responsible investment officer at Amundi, with the stars aligned from the regulatory perspective and investors happy with returns. But what are the hidden issues?

Dame Elizabeth Corley, chair of the Impact Investment Institute, said that even asset managers that think they are integrating ESG may not be doing so fully because “people don’t know what they don’t know”.

Asset managers are used to being experts, but they are to a great extent in unknown territory with sustainability. Corley pointed to a $700m (€569m) market for ESG screening tools but “we can’t take comfort from real reductions in CO2 or real world impacts in many cases”.

Both speakers emphasised time horizon, with Corley referring to the mismatch of the natural cycle of many sustainable investments and the impatience of short-term valuation considerations.

As a non executive discussions, Corley said, environmental and social considerations are part of the boardroom debate but “we need to drive standardisation”.

Laugel added that asset managers should be ready to transform themselves, to boost engagement, integrating ESG everywhere where there is discretionary leeway. 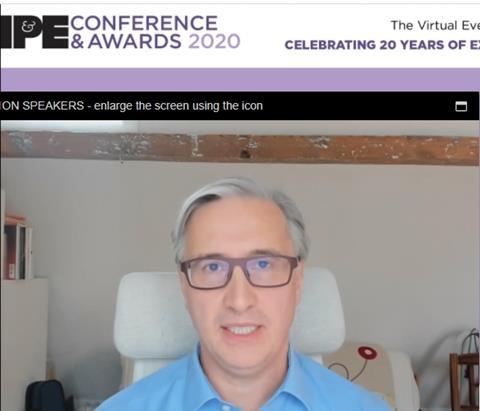 Stefan Lundbergh, director at Dutch/UK consultancy Cardano, discussed what he defined as the ‘engagement fallacy’ in pension policy.

Lundbergh, who is the author of an influential review of the Swedish Premium pension system, argued that policymakers tend to overestimate the level of engagement of individuals in the context of defined contribution (DC) pensions.

According to Lundbergh, pensions are viewed by end-users as a utility, rather like electricity, therefore as something useful but that does not deserve as much thought as policymakers or pension industry professionals would expect.

He urged the industry to design pension policy in the light of this understanding, which means industry professionals need to make decisions on behalf of members.

He said: “Be pragmatic, do not be driven by ideology. It is easier to change the policy to fit people than the other way around.”

The choice architecture for DC pensions should therefore consist of, according to Lundbergh:

- A limited set of investment choices

- Competition between institutional rather than retail providers

Rajan described the “formidable challenge” of asset allocation in the post-COVID world, where unprecedented stimulus by central banks and governments may be keeping the global economy afloat for the time being, but could prove ineffective in the medium term.

Respondents to the survey believe the size and nature of stimulus provided in response to COVID could cause:

The combination of government and central bank stimulus is also likely to cause a significant rise in inflation for the first time in years. 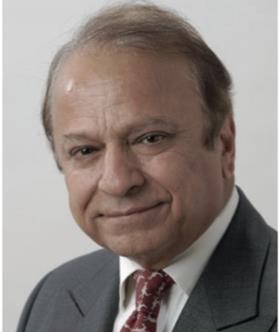 The silver lining in this situation is that economic fundamentals are likely to become more relevant in investment, according to survey respondents.

Rajan argued that investment resilience will become the priority focus in building institutional portfolios over the next years.

“Resilience means investing on the right side of change and truly factoring in the impact of COVID-19,” said Rajan.

Rajan argued that investors will seek to build liquidity in portfolios, as a way to protect them from heightened volatility over the coming years.

“Please re-think your asset allocation approach, build liquidity and do not rely on backward-looking models. These models should be complemented by careful scenario analysis tools,” he said.

In conversation with Marg Franklin, CFA

Sustainable investing is at an inflection point, according to CFA Institute, which this week published a new report, ‘The Future of Sustainability in Investment Management: From Ideas to Reality’. 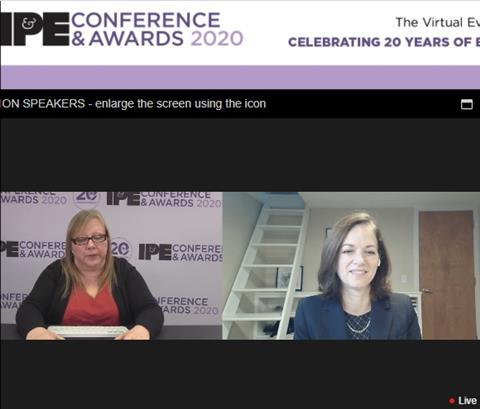 Citing the influence of Hiro Mizuno, former CIO of Japan’s Government Pension Investment Fund, Franklin said universal owners have been “the vanguard” when it comes to sustainability-linked investing.

“This audience has incredible buying power,” she said, and can demand of asset managers that they think differently about the three dimensions of risk, return, and impact.

On diversity and inclusion: “Diversification is a basic tenet of portfolio management so it really surprises me that we don’t apply those same principles to building out our teams”.

And: “It takes more energy from leadership but is more rewarding and profitable.”

And more generally: “I have never seen a period in my career where the rate of change in our business has been so fast.” She suggested this was even including the nascent days of indexing and quant investment.

A viable pension system in a post-COVID environment

Paul Owens, deputy superintendent of pensions for the Government of Alberta, Canada, focused on raising questions rather than providing answers in this session.

He said the pandemic had changed the pension environment in several ways including hugely volatile asset returns, changed work arrangements, many hard hit industries, and extensive fiscal and monetary intervention.

He outlined five key areas which will need to evolve to ensure a viable pension system: membership eligibility, plan design, the ability of the asset manager, governance and ESG.

He said he had views on each of these but did not claim to have all the solutions.

Please tune in here for day 2 of the IPE Cconference & Awards 2020 to see and hear from Generali, DWS, the Actuaries Response Group, World Bank, the GINN, among others.