Kartik Ghia, co-head of systematic strategies research at Bloomberg, said that equity and fixed income investors are usually motivated by the potential to alter corporate behavior through ownership stakes and providing project finance. He also noted that commodities portfolios are often viewed as inflation hedges and returns diversifiers.

Ghia said there were several key points to consider in relation to adopting an ESG commodities portfolio and added that a sector-neutral approach to ESG could be advantageous. There should be:

in his presentation, Gilles Lengaigne, managing partner at Generali Global Infrastructure, said that infrastructure assets were central to building a sustainable and resilient future.

“Infrastructure is of strategic importance in the European recovery”, he said, adding that such iinvestments would go beyond simple economic stimulus and shape a sustainable future, often in future-proof sectors “making our economies resilient and building a more inclusive, green and digital world”.

Infrastructure is counter-cyclical, Lengaigne said, and is one of the few asset classes capable of federating public and private capital towards the achievement of long term positive financial and extra-financial goals.

Responsible investing: in normal times and in crisis times

“A responsible business creates profits only through creating value for society,” according to Professor Alex Edmans of London Business School speaking in a keynote address this afternoon.

To support this, Edmans referred to his recent book Grow the Pie, in which he finds that Fortune Magazine’s 100 Best Companies to Work For outperformed their peers by 2.3-3.8% per year over the 27 years to 2011.

A company’s “stakeholder capital” is a real issue for investors, he added, not just a non-financial issue for “socially responsible” investors.

What does integration mean? According to Edmans, it’s about applying a “net benefit” test to measure companies’ overall contribution to society.

And “excellence” – not a traditional ESG factor – is also a consideration.

Corporate Purpose in the 2020s: Bridging the Divide Between Investment and Ownership

The announcement last year by the Business Roundtable of 181 American CEOs that they were to promote “an economy that serves all Americans”, instead of just shareholders, was widely hailed as a milestone when it comes to responsible investing.

The announcement made clear that companies have broad responsibilities, outside creating shareholder value, that must be met in order to create long-term sustainable value for all stakeholders, said Amy Borrus, the executive director of the Council for Institutional Investments. 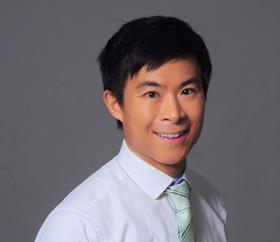 However, Professor Edmans noted that in practice promising to promote “an economy that works for all”, as the CEOs did, is a kind of hollow statement. A decision to promote other interests than just shareholder value “must always involve a clear choice, one that advantages certain interests over others,” he said. Similarly, “just saying you want to stop climate change is too vague”, Edmans added.

Edmans also stressed shareholders should always keep the final say. “If a company wants to pursue a road other than financial return, it may be fine for it to sacrifice profits to address things like climate change. But it must retain accountability to shareholders which I think is lacking in business roundtable,” he concluded. 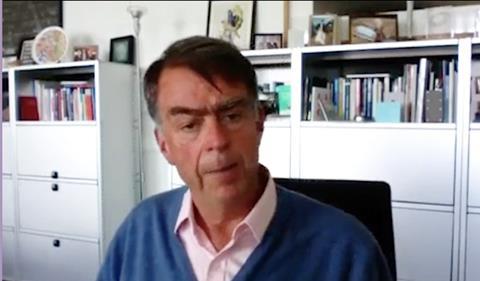 André Hoffmann, the vice chair of pharmaceutical company Hoffmann-Roche, said the “notion that business pay back for the environmental and social damage they cause by paying taxes and dividends is absurd.”

However, Hoffmann added that most companies will switch to include non-financial reporting over time, simply because companies and fund managers alike will eventually understand that running a sustainable business is beneficial for all stakeholders in the long run.

This idea is already fast becoming mainstream, he added. “Just look at BP. When they announced they would reduce their reliance on fossil fuels, their share price went up.”

Did you miss this yesterday?

Resilient investment strategies for the long-term

Motivating asset managers to invest with a longer view and the complexity of illiquid assets are two of the hurdles pension funds face in creating durable long-term portfolios, according to an expert panel at the IPE Conference & Awards 2020 yesterday afternoon.

In his presentation on “Resilient Pension Investment Strategies for the Long-Term”, Timo Löyttyniemi, chief executive officer of Finland’s State Pension Fund (VER), emphasised that developing strategic asset allocation (SAA) in a steady way was the key, with the effects of the pandemic far from over. “The key element of this crisis so far is that we haven’t seen everything yet; we are not past the crisis, we are in the midst of the crisis,” he said in his conclusion.

Dirk Jargstorff, CEO of Germany’s Bosch Pensionsfonds, questioned Löyttyniemi’s assertion that as an institutional investor, surprisingly little had changed in 2020. “Maybe there is a little bit more happening with regard to the impact on operational challenges,” he said, adding that these difficulties were accelerating now.

There was a risk pension funds might face a pretty severe debt crisis soon, and there was also the problem of volatility in the market, he said. “These threats and challenges are all bigger than before,” said Jargstorff. 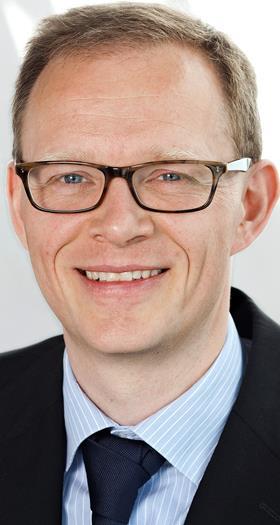 Mads Gosvig, chief fiduciary officer of the UK’s Railpen Investments, said he agreed that SAA was changing into something more dynamic than before. “You mention some of the things that can be done, such as having put strategies and having other things in the portfolio – I think in my list, I’d do all of them plus some more,” he said.

On the topic of achieving good long-term investment, Sarah Williamson, CEO of the non-profit organisation FCLTGlobal, said it was very important for asset owners to create the right incentive for their managers. Speaking to the virtual event from the US, she said: “We have done some work recently on what the intended investment horizon of a pension plan is relative to what the actual horizon of investments are, and what we see is there tends to be about a 10-year gap.” This gap was part of the rub between trying to be very long term and resilient and actually deploying assets which tended to be much shorter term, Williamson said.

Jargstorff said the Bosch pension fund could probably afford asset classes with longer duration, which would probably address the problem of liquidity as well as better fulfilling long-term pension promises. Meanwhile, Gosvig said Railpen had a “pretty good appetite” for illiquid investments behind its pension plans, but that of the two main challenges involved in investing in such assets, only one was a potential dealbreaker for his fund.

He said BCIM had done reasonably well under the difficult conditions of the pandemic. It has worked actively to seize opportunities over the past six months.

In relation to the 300 Club, a group of market professionals who raise awareness about the potential impact of current market thinking and behaviour, he said a current focus was the principal-agent problem: the gulf that exists where one entity acts on behalf of others.

Please tune in here for day 3 of the IPE Cconference & Awards 2020 to see and hear from Local Pensions Partnership Investments, PGGM, Border to Coast ans Willis Towers Watson, among others.