Industry officials have increasingly expressed concerns over the role of lay trustees within the UK pensions arena as demand for sole professional trusteeship continues to rise.

According to Isio’s recent research – Professional Independent Trustee Survey 2021 – a growing regulatory burden and a desire for improved governance is driving rapid growth in the professional trustee market.

The research shows that around 50% of pension schemes surveyed have a professional independent trustee and there is an expectation that the majority of schemes will appoint one or more over the coming years.

“I hope that lay trustees continue as they play an incredibly valuable role on many boards – their different perspectives and understanding of members undoubtedly improves decision-making,” Mike Smedley, partner at Isio, told IPE.

“But there is a risk that lay trustees continue to dwindle as pension schemes mature and companies look to streamline operations,” he said, adding that he expects to see “an evolution to different types of trustee boards for different situations.”

“For example, a small closed DB scheme that is heading quickly to buy-out might find a sole professional trustee the best option. A larger or less mature scheme with an open DC section may be very keen to retain lay trustees as part of a larger board,” Smedley said.

Nigel Hill, council member and chair of the Association of Professional Pension Trustees’ (APPT) sole trustee sub-committee, believes the growth in professional trusteeship is being driven in part by the increasing difficulty in finding lay trustees – both member-nominated and employer-nominated.

“This role has changed significantly in recent years due to increased governance requirements and there is some evidence that the recent Pension Schemes Act 2021 has accelerated the retirement of lay trustees,” he told IPE.

He stressed that the fact that the majority of defined benefit (DB) schemes are now closed to accrual, and many members are no longer associated with the sponsor due to acquisitions and disposals, is also a reason for the rise in professional trusteeship and professional corporate sole trustees (PCSTs). 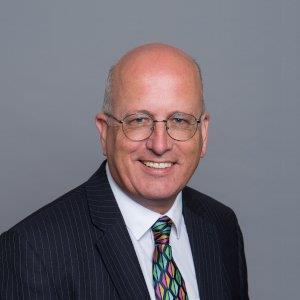 “Large DB schemes and schemes still accruing benefits may continue to see lay trustees on their boards but I think it is extremely likely that this will be a reducing number,” O’Boyle told IPE.

Sally Birkett, director and search consultant at Trust Associates, was of the same opinion. “The role of the lay trustees will become increasingly difficult to maintain over time as the pressures of increased scheme regulation, a requirement for greater trustee knowledge and increased complexity in investment options will make it harder for the lay trustee to commit sufficient time to the role in order to provide a valuable contribution to the discussion.,” she said.

“Having said that, a number of schemes will continue to want representation from members on their board and may offer more incentives to make the role attractive,” she added.

Whilst pension fund trustees typically include lay trustees, consisting of pensioners, employees and company executives, the professional trustee firms are growing in size and influence as they become more prevalent on trustee boards. And, increasingly these professional firms have sole responsibility for running a pension fund.

“Professional trustees have the same legal duties as any other trustee, and are expected to have greater levels of expertise and knowledge. So, in principle, professional trustees are as safe (or safer) than any other trustee model – and are a huge improvement over those trustee boards that are lacking in diligence or knowledge,” Isio’s Smedley said.

The APPT launched a code of practice for PCSTs of pension schemes – effective from 1 January 2021 – setting out a range of governance and risk controls that firms offering sole trusteeship must adhere to, to manage potential conflicts of interest and maintain independence from the sponsoring employer.

“The APPT’s view is that only trustees signing up to the Code should be appointed as sole trustees, and we are working with [The Pensions Regulator] to ensure the Code – and APPT accreditation more broadly – underpins the work professional trustees do,” Hill said.

But even by appointing a professional trustee, questions of conflicts of interest and whether pensioners/members’ best interests are preserved remain.

Birkett believes that a professional trustee firm “has a duty to provide the best advice, support and expertise it can but if the firm has been appointed by the sponsor, the best interests of the members may not always align with those of the employer”. 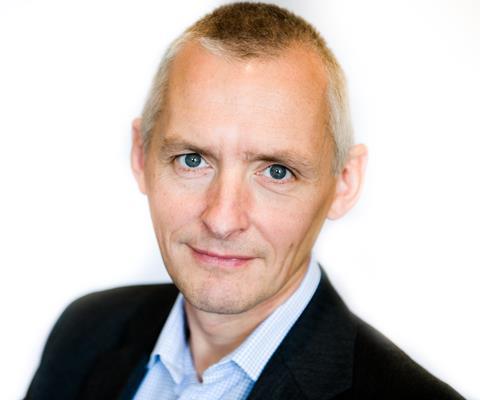 Richard Butcher, managing director at PTL and chair of the Pensions and Lifetime Savings Association (PLSA)

Richard Butcher, managing director at PTL and chair of the Pensions and Lifetime Savings Association (PLSA), doesn’t think this is a problem, he told IPE.

“Providing the professional trustee is competent, they’ll know their job and that means all members’ interests are front and centre. How can a buyer know whether a pro is competent? A good start would be to ensure they are accredited by APPT or [Pensions Management Institute] PMI.”

“It specifically requires PCSTs to be able to demonstrate that adviser appointment decisions have not been unfairly influenced by any business or personal relationships between the firms involved.”

Birkett said that the more services provided by a single firm the more potential for a conflict there is as the natural diversity provided by using different firms for different advice would be absent.

“Schemes would need some kind of internal monitoring and review body to find out if they were getting the best advice or that the services provided by a single firm offered the best value for money,” she said.

O’Boyle added that even when such conflicts of interest are well managed, it may lead to inefficiencies in operation – for instance a key individual would need to be excluded from an important decision.

“A sole trustee firm who is totally independent and is able to work with the most appropriate and best service providers for [a] scheme in an unconstrained way has to be the best option,” he said.

With a number of professional trustee firms believing they could double in size over the next five years, the shift to appointing professional trustees and, increasingly, sole corporate trustees, will inevitably change the shape of the market with the likelihood of consolidation amongst firms, Isio’s research disclosed.

With this, the issue of capacity surfaces. Considering the results of the report, Smedley said that “you could fit the trustees in our survey on to three London buses”.

There is a limit on the number of highly experienced professional trustees and the increasing complexity, regulation and legislative requirements imposed on pension schemes is feeding the increasing reluctance for lay trustees – both employer and member nominated to be willing to remain as trustees, O’Boyle said.

“This may well cause independent trustee firms to become overstretched – the growing market for professional trustees is good for schemes but there is clearly a risk as Mike Smedley points out in too few trustees cornering the market,” he said.

Birkett mentioned that pension funds can also consider appointing a genuinely independent trustee with the relevant skills and experience through an independent search process.

“Not all schemes can afford a professional independent trustee especially the smaller ones and they are more likely to join a DB consolidator to improve their governance arrangements in future,” she said.

“The best of both worlds is a professional trustee as part of a diverse trustee board, but sometimes that isn’t an option,” Smedley noted.

Butcher said: “I hope lay trustees don’t disappear. Firstly, they bring a lot to the trustee table – they have an intimate understanding of the covenant and members that professional trustees can never have and secondly, they are the embodiment of the spirit of public service. Pensions are a social mission and lay trustees do this voluntarily for their friends and colleagues.

“If lay trustees do die out, it won’t be because of professionalisation. It will be because the regulatory and legislative bar is being raised beyond their reach.”