The UK regulator’s proposals for a new defined benefit (DB) funding code could in some cases lead to worse outcomes for scheme members, sponsors and the Pension Protection Fund, LCP has said in a report seeking to encourage industry discussion and responses to the regulator’s consultation.

In the consultancy’s eyes, the regime outlined by The Pensions Regulator so far threatens to be too rigid in important aspects, with insufficient consideration being given to the risk of a company becoming insolvent.

“We are concerned that the consultation document appears to be focussed on investment de-risking and setting higher funding targets, independent of the interaction with covenant and the impact on expected member outcomes,” said LCP in its report.

It argues that requiring more caution on investment or increasing demands for short-term contributions could have potentially damaging effects on schemes and employers.

Additional investment de-risking would mean it could take longer to fill the deficit in question, in turn meaning a longer period during which an employer insolvency could leave members short of full benefits.

Potentially forcing companies that may already be struggling to make extra contributions, meanwhile, could further weaken their position and again increase the chance that the sponsor collapses before the scheme was fully funded.

LCP’s concerns have to do with the way TPR has proposed to measure the acceptability of a bespoke valuation using “fast track” principles and parameters.

“Bespoke” and “fast track” are the two ‘tracks’ schemes would have to choose from to report to the regulator based on what it has set out so far for consultation.

TPR is consulting on the new funding code in two steps, the first being about the principles it is proposing should underpin valuations and how these could be applied in practice. The second consultation is due to be on an actual draft code. 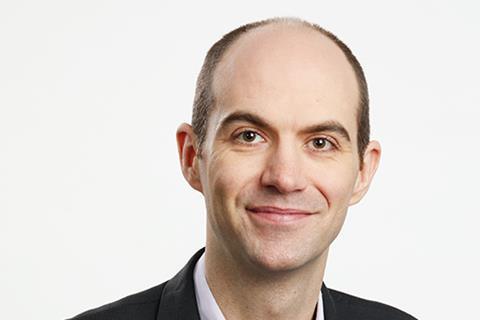 In its report, LCP said fast track parameters should not be used as a rigid benchmark for bespoke valuations. Instead, the bespoke approach should be based on integrated risk management including covenant, “supported by modelling as required”, that considered the balance of risks being taken by all parties.

LCP also has concerns about other aspects of TPR’s proposal, such as an expectation that investment returns be benchmarked against the return on Gilts, and the lack of a special framework for open schemes.

LCP partner Jon Forsyth said: “The DB pension universe is incredibly diverse, and there is a real risk that these new requirements could force too many schemes into a one-size-fits-all mould.”

He added: “Whilst it is understandable that TPR wants to press trustees to reduce risk and employers to fill pension deficits as quickly as possible, our modelling suggests that if this is over-done then in some cases it could actually reduce member security.”

TPR has previously said it envisaged the majority of DB plans would qualify for a fast track approach. Today it issued the following response to LCP’s report:

“We want to hear views from stakeholders on how we can set clearer expectations with regards to DB funding. Our proposed principles build on the importance of trustees setting a long-term objective and putting a realistic plan in place to get there.

“There is good evidence that schemes which have managed their risks well, and have built in sufficient resilience in their long-term funding strategy, are likely to have fared better as market conditions have worsened. Integrated risk management is needed now more than ever.”

“After the consultation closes on 2 September, we will consider the responses, prevailing market conditions, where schemes currently are and undertake an impact assessment to inform the setting of the proposed Fast Track parameters. We will subsequently consult on the funding code itself.”

In May TPR issued a strong rebuttal of calls for it to revise or abandon its planned new funding code. This was following suggestions by Sir Steve Webb, a former UK pensions minister and now a partner at LCP, who had questioned the appropriateness of the regulator’s proposals in light of the coronavirus pandemic and the need to support economic recovery.

Webb told IPE that in today’s report, LCP was recognising that a regulator’s instinct would be to try to get pensions paid as quickly as possible, but saying it was important to give due weight to sponsor covenant as “the other side of the coin”.

“The report does say there isn’t a simple answer,” he added. “It’s saying you can’t be one-dimensional about this.”