Denmark’s LD Pensions has chosen US firm Acadian Asset Management from 10 firms competing to run the global active quantitative equities it put out to tender in February, citing the firm’s “transparent and comprehensible” process as a plus.

But the already uncertain amount of pensions money the winning manager will have to invest has now become even less predictable, after a political decision last month more than halved the size of the holiday allowance fund LD Pensions manages.

Kristoffer Birch, head of equities at the Frederiksberg-based pensions manager, said: “Acadian has developed a very interesting tool to predict stock returns, based on proprietary signals.”

This differed from the method used by both LD Pensions’ smart beta managers and its more traditional active managers, so would be a “really exciting addition” to the equity portfolio.

“On top of this, the fact that Acadian bases its processes on solid research made the choice even easier,” Birch said.

The mandate Acadian has won is the first active quant contract for LD Pensions, and will be used to invest assets of both of the two pension funds LD Pensions runs.

These are LD Dyrtidsmidler, a declining fund based on cost-of-living allowances granted to workers in 1980, and LD Feriemidler, the new fund consisting of vacation entitlements Danish employees are being granted as a result of a change in the law.

In the original tender, the Danish firm said the quant investment product had to be provided as a segregated mandate, and be tailored LD Pensions’ needs by incorporating its exclusion list, tracking error as well as other restrictions.

The US manager did this both by using high-frequency traditional data such as price per share relative to earnings, the Danish firm said, as well as more alternative methods including quantitative text analysis of company announcements.

Birch said predicting stock returns was difficult, and quantitative stock selection with new techniques such as machine-learning could quickly become a black-box. 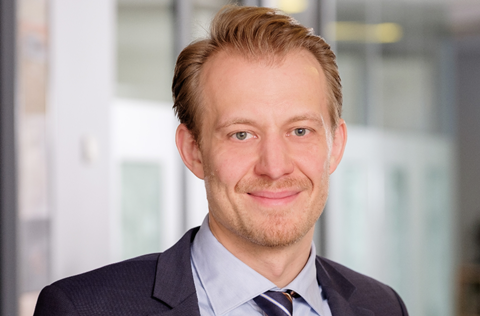 “In order to assess where the results come from, it has been important for us to choose a partner with transparent and understandable procedures”

“So in order to assess where the results come from, it has been important for us to choose a partner with transparent and understandable procedures,” he said.

In February, LD Pensions said the mandate being tendered was for an initial amount of around DKK1bn (€134m), to be invested actively in both developed and emerging markets, adding that the product offered had to have at least €500m of available capacity at the time of signing the deal.

LD Pensions has been unable to say in advance how much its mandates will be for because of the unpredictability of the eventual size of LD Feriemidler. That fund was first set to amount to around DKK100bn, though much was expected to be in the form of debt owed by employers rather than investible assets.

In June, however, Danish politicians opted give workers early access to three of their five weeks of holiday allowances that had been due to be managed by LD Funds, in order to boost the COVID-hit domestic economy.

This means LD Feriemidler is now to have total assets of around DKK40bn.

Asked by IPE how much Acadian would now be managing, Birch said: “Any amount we are going to invest in the coming year is very uncertain due to the uncertainty around the holiday allowance fund.”

LD Pensions would assess the funding after the summer, he said.