The new Swedish Fund Selection Agency (Fondtorgsnämnden), set to put out its first tender within months, has devised a procurement process much the same as other large platforms – all except for the high degree of transparency and manager feedback, its leaders say.

Executive director Erik Fransson told IPE: “From the process perspective, we are doing pretty much what anyone would do from a manager procurement perspective, only from our point of view, the difference is that we need to be very transparent.”

In an interview with IPE, Fransson and Tina Rönnholm, head of manager research, said their organisation – set up to manage a reformed version of Sweden’s €100bn premium pension funds marketplace (fondtorget) – had to be very careful that it followed the new legislation, which they also said was a strength.

“It is one of the core benefits that we have at the Swedish Fund Selection Agency – to have our own procurement law written just for our operations. I think that’s unique,” Rönnholm said.

The legislation, only passed by Sweden’s parliament, the Riksdag, at the end of May, guides the brand-new authority and sets the boundaries around what it can do, Fransson said.

The requirement for transparency means the agency – responsible for one of the biggest investment platforms in the world – must document everything that leads to tender results, before launching a search, during a search and at the end of it, the pair explained. 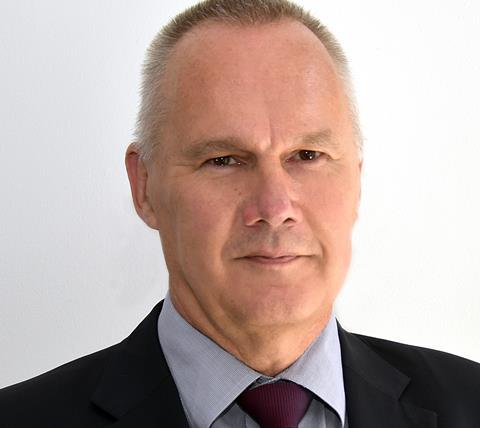 Rönnholm, who was previously responsible for external managers and ESG at national pensions buffer fund AP1 – alongside Majdi Chammas who came with her to the agency and is now head of procurement – told IPE that giving feedback to managers was something she and Chammas knew well from their previous employer.

“We have always viewed feedback as a core part of our procurement process,” said Rönnholm. “When you know you have to give feedback after the procurement is finished, you have to have a disciplined and well-documented manager research process.”

Even though this involves a lot of work for the tender issuer, she said this was a way to give back to the industry as well.

“It gives managers insight from professional fund buyers which might help them when they prepare for their next RFP,” she said.

Asked how valuable such feedback actually was to the firms, Rönnholm said: “Based on what we have heard, they really appreciate it – I gather feedback isn’t something that’s very common in procurement processes.”

Compared to other large investment management procurement operations, Fransson appreciates the agency’s unalloyed focus on the interests of the saver.

“That’s one of the beauties of our work at the moment is that we have the luxury of only focusing on the benefit of our savers; we don’t have to focus on generating profit for someone or a sales perspective.

“We need to find the best manager at the best price”

“We need to find the best manager at the best price,” he said.

“We are here to design the new offering, determine the number of funds, which asset categories there will be – one part of our task is the make sure we populate the platform with an attractive offering,” he said.

“Over time things could change, there might be some new categories coming up in five or ten years, and some could fall out of favour. Its a dynamic process,” he said.

Another plus point of the work the team is now doing, according to Fransson, is that the agency can increase people’s pensions and pension savings with the choices it is tasked with making.

The funds the agency procures will replace the current offerings on the old platform as the latter are terminated.

“Assuming we can add 50 basis points per annum to the savings by selecting good managers, and hopefully slightly lower fees at the end of the day that means higher pensions and quite a significant change as well,” Fransson said.

Meanwhile, Rönnholm pointed to the huge attraction of the model for the asset manager community.

“The beauty with this is the managers who are successful in the tender will have assets from day one,” she said.

“They won’t start from zero. That’s why the industry on a global scale has an interest in this platform,” Rönnholm added.

The Swedish Fund Selection Agency is now up and running, but there have certainly been challenges.

“You need to find the right people. Without skill and knowledge its quite impossible to build a good organisation,” Fransson said.

“One challenge is starting from scratch, more or less. Basically we didn’t have the opportunity to hire people until just before the summer, and to create the team, the processes, in this short an amount of time – and have the capacity to do a tier-one state-of-the-art procurement next spring – it’s a very short time to market which is very challenging.

“But so far so good, we’ve hired very-high quality people, and we’re well on our way,” he concluded.