The Netherlands and Belgium have not yet requested pay-outs of the first tranches of money from the NextGeneration EU fund. The pay-outs will only be made in full if both countries push through reforms to make their national pension systems more sustainable.

Between them, the two low countries are entitled to more than €9bn in pay-outs from the €800bn NextGeneration EU Fund which was launched in 2021 to help Europe recover from the COVID-19 pandemic.

Both countries included the reform of their national pension systems in the list of plans they submitted to the European Commission. To receive the funds, the two countries will have to pass legislation implementing all of the promised reforms.

The Dutch parliament passed the new Dutch pension law that paves the way for a shift from a defined benefit (DB)-based system to defined contribution (DC) just before Christmas, bringing the pay-out of the first €1.4bn tranche of COVID funds a step closer.

However, the new law can only come into effect once the Senate has also approved it. This is only expected to happen in spring.

“If the Netherlands does not pass the pension law, it will not get paid this first tranche in full, but will get a discount which is yet to be determined,” said Freek Janmaat, an economic advisor at the European Commission.

The Dutch reform plan, which was approved by the Commission in October last year, contains a list of 21 reforms, ranging from the introduction of a flight tax and an increase in the number of intensive care hospital beds to the planned pension reform.

According to a spokesperson for the Dutch Finance Ministry, the Dutch pension reform meets demands made by the European Commission to bring the country’s economy on a more sustainable footing.

“One of the recommendations for the Netherlands was to make the second pillar more transparent, intergenerationally fair and resilient to shocks,” he said.

The Netherlands was not the only country to include a reform of its pension system in its so-called recovery and resilience plan. France and Belgium have done the same, though their plans involve the first rather than the second pillar. 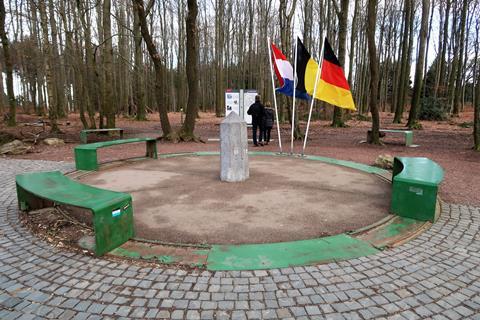 The French government’s plan to increase the pension age to 64, which had been shelved in 2019 but was revived recently, has been met by massive protests at home. At the same time, Belgium’s reform plan for the first pillar was rejected by the European Commission recently because it was not budget-neutral, mainly because of a proposed “pension bonus” to be given to people who keep working after their official retirement.

The country now has postponed its request for a pay-out of the first tranche of EU funds. Prime minister Alexander de Croo of the Dutch-speaking liberals proposed several measures to cut the public pension bill, but these have been refused by Belgium’s pensions minister Karine Lalieux of the French-speaking socialist party (PS), the largest coalition partner.

“The coalition agreement of 2020 included the ambition of a minimum pension contribution of 3% for all workers in the second pillar.

However, a study conducted last year showed only a quarter of workers now meets this threshold. It’s up to social partners to act now, and we’re expecting a report from them in the first half of this year,” Van den Bosch added.

“This topic is indirectly linked to the discussion about the first pillar reform. The two pillars together must provide a sustainable pension for all future retirees in Belgium.”

For the original article, go to Pensioen Pro