The target-setting protocol for members of the UN-convened Net-Zero Asset Owner Alliance (NZAOA) has been expanded to cover infrastructure, with “first steps towards sovereign debt” also set out.

The Alliance now counts 69 members, including many major European pension funds. They commit to cutting financed emissions to net-zero by 2050 and to publish interim targets on a five-year cycle. They have 12 months from joining to do so.

The second edition of the protocol, which was subject to public consultation and released today, recommends that members initially set emissions reduction targets on infrastructure assets in carbon intensive sectors and where they have more than 20% ownership or a board seat.

The target-setting scheme for infrastructure is based on the carbon accounting framework for project finance laid out by the Partnership for Carbon Accounting Financials, with members supposed to set targets for owned emissions via equity and debt.

Sovereign debt, meanwhile, has been added to the protocol for emission accounting, but not yet for target-setting, according to the NZAOA.

In the foreword to the new framework, Günther Thallinger, board member of Allianz SE and chair of the Alliance, said the 2022 Protocol was “more direct on the actions members must undertake to enable a real-economy transition towards a 1.5°C pathway in line with the ‘no or limited’ overshoot scenarios of the Intergovernmental Panel on Climate Change (IPCC)”.

Financed emissions at least halved by 2030

One was that ambitions to reduce portfolio emissions had been “enhanced” and were now aligned with the scenarios underlying the latest IPCC report.

The portfolio emissions reduction range under the first Protocol was 16% to 29% by 2025, with actual targets set at the high-end or beyond that range, according to the Alliance’s first progress report. This has been updated to 22% to 32% by 2025 (also covering infrastructure), although existing targets are not updated.

It is up to NZAOA members to decide whether to set emission reduction targets on an absolute or intensity-basis within the given range, although they have to report both absolute and intensity-based KPIs.

The inaugural Protocol was based on no/low overshoot pathways but included a few pathways which went up to 1.8°C before retreating to 1.5°C by the end of this century. The second edition does not include any pathways that go beyond 1.6°C throughout the century.

The other significant area highlighted by Thallinger is that the new Protocol describes more granular metrics and “directions of approach” to the asset classes that were already in scope. 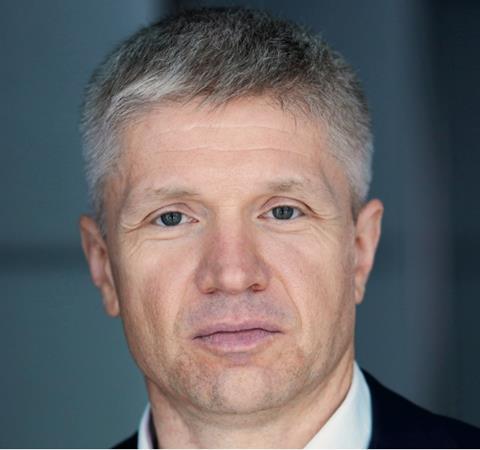 Günther Thallinger, board member of Allianz SE and chair of the NZAOA

Another change is that the updated framework contains a list of “key asks” of asset managers and companies to be used in climate-related engagements. It calls on asset managers to publicly commit to support the transition and to commit their entire portfolios to 1.5°C alignment and net zero by 2050, preferably through the Net-Zero Asset Managers Initiative.

Asset managers are also asked to publish their approach to integrating climate risk and opportunities, both transition and physical, and to explain how limitations are addressed.

The number of carbon-intensive sectors covered by the target-setting protocol has now doubled from seven to 14, with new areas covered including agriculture and chemicals.

“Where the first edition of this Protocol focused on 2020 to 2025, today’s ambition towards 2030 stresses the need for powerful, credible and rapid action to achieve a net-zero emissions world.

“Action is needed now, and every company is challenged to follow the lead of Alliance members and adjust business models, develop plans for the transition to a low-carbon, climate-resilient future, and then implement those plans.”