The pension funds for independent professions, Versorgungswerke, in North Rhine-Westphalia in Germany have either made use of, or plan to apply for the new 5% quota for infrastructure investments introduced by the state only last month.

The architects’ pension scheme, Versorgungswerk der Architektenkammer, “welcomes the measure [introduced] by the supervisory authority and will use the new regulation in the course of this year”, with the approval of the scheme’s bodies, chief executive officer Thomas Löhning told IPE.

Hans Wilhelm Korfmacher, the CEO for the region’s auditors pension fund, WPV, told IPE that the fund had already applied for the new infrastructure quota.

“WPV has [also] already received approval and it will use it. It will allocate investments in the renewable energies sector, equity and debt,” the CEO added.

Pension funds in North Rhine-Westphalia can now apply for a separate share of infrastructure investments worth 5% before the state’s finance ministry, the supervisory authority on this matter.

Previously investments were limited by law to a 35% risk capital ratio.

Korfmacher explained that pension funds can now include a 5% opening clause and a further 5% with an extended opening clause on top of the 35% threshold, if meeting certain requirements, in particular with regard to risk management and risk-bearing capacity.

Pension funds regularly hit the limit of 35% set in the Investment Ordinance for North Rhine-Westphalia. 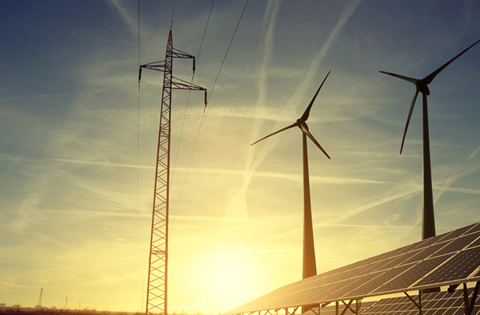 Under the new rule, equity investments in infrastructure, which have lower returns on investments, are no longer in competition with more profitable types of equity investments, “and this is the great advantage for us,” Markus Altenhoff, chief investment officer at the pension fund for doctors in the Westphalia-Lippe region, ÄVWL, told IPE.

He added: “We welcome the decision of the supervisory authority to introduce the new 5% quota for infrastructure investments and we welcome more freedom to invest.”

ÄVWL may conduct in the future, within the boundaries of the new quota, direct investments or allocate through its Spezialfonds set up for investments in infrastructure, he said. The doctors’ pension fund has set up Spezialfonds to diversify and stabilise its investments, he added.

It has allocated 20% of its assets to infrastructure, for example in Amprion, an operator of electric transmission systems, and in fibre network operator Deutsche Glasfaser. It operates one onshore wind park in Norway and other wind parks in the Baltic sea.

“Because we have reached the limit of 35% in the risk quota, we could not do more in terms of investments. We have to conduct investment with higher returns as we have a discount rate of 4% [and] we cannot achieve it with bonds, only with mezzanine or equity.”

ÄVWL has not yet invested in green bonds because of a lack of an adequate risk-return profile on investments.

“I would buy [green bonds] if they generate positive returns or have a coupon of 3-4%,” the CIO said.

According to the supervisory authority, it is up to pension funds to decide whether to invest the 5% in bonds, mezzanine or equity infrastructure investments, Altenhoff said.

Pension funds must, however, allocate with an eye on sustainability and deliver a report on investments.

Moreover, the supervisory authority said that pension funds can apply for the 5% quota and report in one year’s time on how they have invested.

“We will apply for the quota, but if there are doubts on whether ours are sustainable investments or not, then we will speak with the supervisory authority before conducting the investments, not afterwards,” Altenhoff said.