Danish pension fund P+ said sticking with its equities allocation paid off in the first half of this year, helping the fund’s balanced portfolio achieve an 8.7% return, and its chief investment officer declared himself optimistic about full-year returns.

In its interim results statement published on Monday, the pension fund said the January-to-June return of 8.7% for its P+ Balance portfolio had been won across all asset classes with equities having produced 14% and real assets making a 6.9% return in the period.

CIO Kåre Hahn Michelsen said: “The skyrocketing prices of equities and the degree of risk that shares involve has been much discussed in the industry over the spring.

“But at P+ we have chosen to stick with our risky equities, and it has really paid off,” he said.

P+, which describes itself as a pension fund for professionals with higher academic qualifications, also said its total assets had past the DKK150bn (€20bn) mark, up from DKK141bn at the end of 2020.

P+ was formed from the engineers’ pension fund DIP and JØP, the Danish pension fund for lawyers and economists, which formally decided to merge two years ago.

Hahn Michelsen said: “Back then, a larger asset total was one of the primary gains expected from the merger, and in that regard, I view the DKK150bn as a milestone.

“As our wealth grows, we gain access to more attractive investment opportunities, greater influence as an investor and the opportunity to reduce costs – all for the benefit of our members,” Hahn Michelsen said.

Over the next few years, the CIO said, the pension fund’s increasing wealth would be a prerequisite for attractive returns, because a large portfolio ensured the fund could step up its equities allocation and level of risk while maintaining a broad and diversified portfolio.

The pension fund said in the results statement that it remained optimistic about investment for 2021 as a whole, in terms of the general global economic outlook. 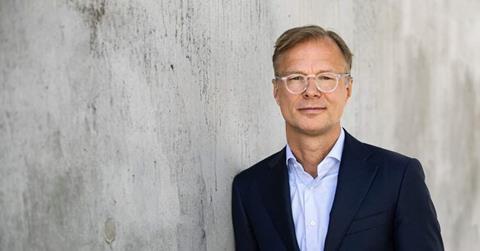 “The pandemic is retreating in the western economies and seems manageable despite new variants, vaccine scepticism and periodic problems with the roll-out of the vaccines,” the CIO stated.

At the same time, he said, economies were recovering and stock markets responding reasonably to the bumps on the way.

Though some were worried about the high US inflation figures, Hahn Michelsen said, he added that inflation was very low and in P+’s view, the current numbers were to be expected.

Central banks continued to have full control of the situation, and as long as economies avoided overheating, he said the pension fund expected them to continue the relaxed monetary policy.

“We also have confidence that any future interest rate changes will be implemented taking economies into account, so central banks don’t risk upsetting the recovery,” Hahn Michelsen noted.