Denmark’s pension funds have welcomed the Danish central bank plan to issue 30-year bonds for the first time in over 10 years, anticipating the crucial role the bond will play in defining the long end of the yield curve.

Though the Danish government has scant need for borrowing, in its debt issuance plans for 2020 Danmarks Nationalbank said it will open a new 30-year nominal bond maturing in 2052 in the first half, and aims to issue between DKK5bn (€669m) and DKK10bn in the bond via auctions and tap sales.

Christian Lindstrøm Lage, chief executive officer of PFA Asset Management – an arm of PFA Pension – told IPE that while PFA would be interested in the bond issue as an investor, its main importance was more from a regulatory point of view.

“This bond is arguably a very important product for the pensions industry both as an anchor and a starting point for Danish asset pricing, because once it’s out there, we will then have government bonds that mark the back end of the yield curve,” he said.

The pension sector in Denmark is not too reliant on the Danish curve, he added, since it uses the euro curve to measure its liabilities. However, he said market pricing of the new long bonds would provide much-needed evidence of confidence in the Danish central bank’s continued commitment to the krone-euro peg.

“We trust that the central bank can keep the interest-rate differential at some fair level, but there’s no way to answer that if you don’t have current issuance at the back end of the curve,” said Lindstrøm Lage.

PensionDenmark, which runs a market-rate pension product for its mainly blue-collar members, has only limited interest in the 30-year government bond currently, according to Steffen Mielke, the pension fund’s head of fixed income.

“The low interest rates mean that our allocation to long Danish government bonds is at a minimum,” he told IPE. 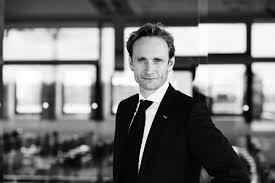 But like Lindstrøm Lage, he said this issuance was a good idea, so that the Danish government yield curve was well defined at the 30-year mark.

Even though the central bank said future annual issuance volume in the 30-year segment was expected to be of the same order of magnitude as in 2020, Mielke said continued issuance of the bond in the next few years was not important to PensionDanmark.

“The most important thing is that the few very long government bonds that are there are of a suitable size and are liquid,” he said.

Lars Peter Lilleøre, head of fixed income at Sampension, said that apart from providing a benchmark to the long end of the German to Danish bond swap market and to the Danish mortgage bond market, the new bond also gave some much needed positive convexity in the Danish fixed income market.

“We will have potential interest in the bond on both a stand-alone basis and as a possible extension from our DGB 2039 positions,” he said.

Building up the bond gradually to ensure sufficient liquidity was critical though, he noted.

“We would hope and recommend for it to be tapped regularly on the bi-weekly auctions after its initial introduction,” said Lilleøre.

Meanwhile, Poul Kobberup, Danica Pension’s investment director, told IPE: “We think this is a positive move from the central bank, and these bonds will give us a curve to trade on. We are a long-term investor so we are more interested in the long end.”

Kobberup also said the issue would help liquidity at this end of the sovereign debt market.

Asked to predict what the bonds are likely to yield, he said it was market dependent but likely to be between a quarter and half a percentage point.

At statutory pension fund ATP – which at the end of September had DKK810bn of guaranteed pensions to cover – Jan Ritter, head of hedging and treasury, said: “ATP views the central bank’s decision to begin issuance of a new 30-year government bond in 2020 positively, and it will suit ATP’s need for long Danish hedging assets well.”