Pension funds in the European Union are facing the dilemma of whether to transfer their interest rate swap contracts with UK-domiciled banks to the EU.

When the Brexit transition period ends on 1 January 2021, new contracts can, in the absence of a comprehensive trade deal, only be concluded with counterparties on the European mainland.

But the equivalence decision does not cover bilateral contracts between pension funds and UK-based banks. While existing contracts for interest rate swaps can keep running after the end of the Brexit transition period, new contracts can only be concluded with banks based in the EU.

This mostly affects countries with large guaranteed pension systems, such as the Netherlands and Denmark, whose pension funds use swaps to protect their portfolios against falling interest rates.

Most Dutch pension schemes are readying up to move all or part of their existing swap contracts with UK counterparties to newly established EU entities.

“It’s more efficient if you’re able to net positions with just one counterparty. If you conclude new contracts with for example JP Morgan [a US bank that used to passport its services into the EU through London] in Frankfurt and keep existing transactions in London, there is counterparty risk at both the JP Morgan entity in Frankfurt and the one in London,” explained Max Verheijen, director financial markets at pensions consultant Cardano, which manages pension funds’ liability-driven investment (LDI) portfolios.

Cardano is currently in the process of moving all its existing contracts to EU entities.

The Netherlands’ largest pension asset manager APG is taking a similar stance. “We are also in a transition phase to move contracts to European entities because of the uncertainty about a no-deal Brexit,” said its head of treasury and trading Jan Mark van Mill.

Achmea Investment Management, the fiduciary manager of many small and medium-sized Dutch pension funds, has recently advised all its clients to also move UK contracts to European mainland. Though the firm already started preparing this transition in 2017, it has only recently started the migration. 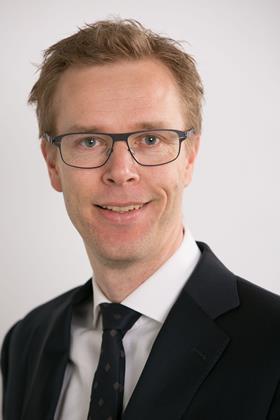 “Because Brexit kept being postponed, we believed until recently there was a possibility of a good Brexit deal that would allow trade in financial services to continue as usual. We didn’t want to move everything to Europe to only find out later that it was not necessary,” said senior portfolio manager Richard Kragtwijk.

PGGM is the only large Dutch asset manager that is planning to keep at least some of its existing contracts in the UK. “We will decide on a party-by-party basis whether existing UK contracts will remain in the UK,” a spokesperson said.