Dutch healthcare scheme PFZW sold its stakes in 24 listed companies in the second half of 2021. In just one of the cases the decision to sell followed an unsuccessful engagement effort. Most of the other divestments concerned “irresponsible corporate behaviour”.

PFZW sells firms for non-compliance with its ESG policy every year, but up until now it hardly ever communicated such decisions. From now onwards, the €258bn pension fund plans to publish a list with divestments every six months with a delay of three months “to prevent other investors from anticipating our decisions”.

In an article on its website, PFZW provides summary reasons for all of its divestments. One of the firms that was sold because of unsuccessful engagement is India’s Bharat Electronics. “We raised human rights violations in Myanmar with the firm, but to no avail,” PFZW said.

The scheme sold two additional firms because of their involvement in coal mining. But the bulk of divestments followed non-compliance with OECD principles concerning “responsible corporate behaviour”, according to PFZW.

Examples include US pharmaceutical firm Mylan, currently called Viatris. Back in 2015, PFZW successfully engaged with the company after it appealed for a stop on the use of a muscle relaxant for executions in the US.

PFZW is now selling the company because of “anti-competitive business practices” which the fund declined to further elaborate on.

Another divestment was the producer of barbie dolls Mattel, due to “labour relations issues in the supply chain”. Mattel got some bad press in recent years due to poor labour conditions in its toy factories in China, but it’s not clear whether this is the reason for the divestment decision.

Other eye-catching names on the divestment list include clothing firm GAP (due to human rights violations), chemical firm Bayer as well as Danske Bank and Swedbank.

The two Nordic banks have been involved in money laundering scandals in recent years while Bayer produces the weed killer Roundup which is believed to be cancerogenic.

PFZW declined to say whether these cases led to the sale of the aforementioned firms.

Chances are that the list of excluded firms will be considerably larger at the time of PFZW’s next update expected for October. In February it already announced it would intensify its engagement with oil and gas firms.

It has taken its first steps in implementing its new policy by sending letters to 191 oil and gas companies asking them for their plans to reduce carbon emissions. At the end of last year, PFZW’s investments in the oil and gas industry totalled some €4.5bn.

“We want oil and gas firms to tell us whether they at all have a policy to reduce their emissions and whether they are ready to commit to the Paris Agreement,” PFZW president Joanne Kellermann said earlier this month at a public meeting in Amsterdam.

At the time, Kellermann also said she expected many of these firms not to answer PFZW’s letters anyway.

The affected companies, which also include Russian oil and gas firms such as Lukoil that PFZW already decided to sell following the Russian invasion of Ukraine, have been asked to submit their answers by 30 April.

Companies that fail to meet the deadline or provide unsatisfactory responses will be sold, Kellermann confirmed.

TotalEnergies, one of the firms that received a letter from PFZW, declined on Thursday to table a resolution filed by several asset managers, including PFZW’s provider PGGM, that asked the company to set and publish CO2 reduction targets consistent with the Paris Agreement. 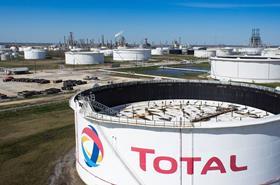 TotalEnergies rejected the resolution citing French law which, according to the firm, states that shareholders should not determine a company’s strategy.

A spokesperson for PFZW said it questioned TotalEnergies’ argumentation to decline the resolution.

“We are now weighing our options,” the spokesperson added, noting TotalEnergies had accepted a similar resolution for the agenda of last year’s AGM.

A spokesperson for MN, a co-filer of the resolution on behalf of Dutch metal industry scheme PMT, said in a press release issued on behalf of the group of 11 Dutch and international investors: “As shareholders of TotalEnergies we are deeply concerned by the disregard of our rights after the board of directors of the company decided to not accept our proposed climate-related resolution. We as co-filers are now considering what possible next steps we can take.”