Inflation is unlikely to be high for a long time because central bankers are “on the case”, but as this is uncertain it still makes sense for pension investors to position their portfolios to take account of this risk, according to Thijs Knaap, chief economist at APG Asset Management.

Speaking during PensionsEurope’s annual conference, Knaap said that after years of being wrong, with inflation low and interest rates low, pension funds were finally right.

“All of a sudden this investment strategy that was so unsuccessful in the years leading up to the COVID epidemic starts to work,” he said. “And in terms of funding ratios we are seeing great success: asset values are falling but liabilities are falling even more.”

However, the need to index liabilities increases if the level of prices increases and as long-term investors pension funds should not get distracted by short-run cycles.

In Knaap’s opinion, central bankers probably will control inflation, but what collateral damage that will cause is unknown “and so that means investors cannot sleep easily”.

“You need to prepare just as a matter of risk,” he said.

Knaap was speaking in Amsterdam, where the European Central Bank (ECB) was also holding a meeting at which it announced that it will raise interest rates by 25bps in July and raise them again in September.

According to Seema Shah, chief strategist at Principal Global Investors, the ECB “has never provided clearer forward guidance than they did today, signalling that a 0.5% policy rate increase is likely unless inflation pressures subside”.

As to what pension funds could do to protect against continued inflation, Knaap said that asset allocation decisions were very interesting in this context. 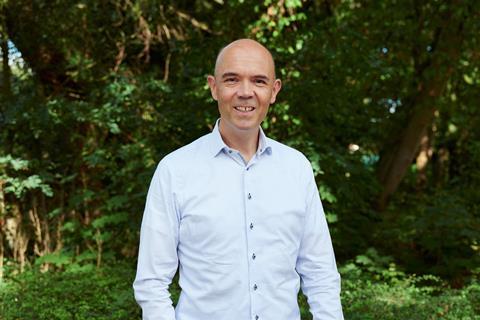 “An easy way to summarise my findings is that ‘If you want real returns, you should buy real assets’, so commodities, infrastructure, the good real estate like the kinds that participants live in,” he said.

“There are other risks, of course, that you take on board but these real assets will play their role in protecting you against inflation. If you’re afraid that not all central bankers can carry out their mission, it makes sense to diversify over currencies, including emerging market currencies, but remember that those bring political risk into your portfolio.”

Equities, meanwhile, were the “most famous real asset” and “something that works in the long run”.

Reiterating comments recently shared with IPE for a special report on inflation, Knaap said “you really have to work on your economics” to find the assets that do well in inflation, given that the correlations from the period since the 1990s are accidental.