PensionsEurope hits back at EIOPA over stress test conclusions

The conclusions the European Insurance and Supervisory Authority (EIOPA) has drawn from its stress tests of European pension funds are “too strong”, the region’s pension fund umbrella association has said.

It said it was not surprised by the outcomes of the stress test, but then proceeded to challenge their meaningfulness.

It said EIOPA had made very strong allegations about the health of IORPs based on its own theoretical model, when this “common balance sheet” had not been adopted by the EU or any member state and the rules actually used at a national level did not support EIOPA’s findings.

“The differences in findings highlight how EIOPA’s model is not fit for purpose,” said Brussels-based PensionsEurope.

EIOPA’s model was different from the reality, in which pension funds’ ability to manage their liabilities was much better than the supervisor had concluded, according to the umbrella association.

PensionsEurope disputed EIOPA’s conclusion that, on aggregate, defined benefit and hybrid schemes had insufficient assets to cover their liabilities. The association pointed to EIOPA’s finding that the aggregate funding ratio of IORPs in the sample amounted to 97%.

This was not a serious European problem, and did not contain serious spill-over risks into the real economy, according to PensionsEurope.

The 97% figure cited by PensionsEurope is the figure EIOPA gave for the “baseline scenario” in its testing. 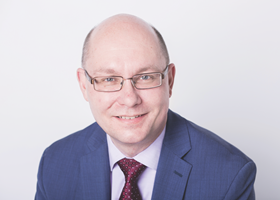 Matti Leppälä, secretary general of PensionsEurope, said a cash flow analysis would be much more useful than EIOPA’s methodology.

“This means looking at how much money goes out, how much comes in, is there a problem, when and how can the IORP deal with it?” he said. “Market capitalisation of the sponsor company does not give any meaningful information about the possible pension problems.

“EIOPA’s report itself doesn’t support the conclusion that over a quarter of IORPs might face challenges meeting their obligations, but regardless EIOPA aims to raise unnecessary concerns about the health of the sponsor companies. Even the actual results presented in the report don’t support the strong allegation published in EIOPA’s press release.”

PensionsEurope aims to publish a position paper on the 2017 stress test in February or March. This would contain the association’s proposals on cash flow analysis.