Two of Sweden’s main pension providers revealed depleted solvency levels at the end of the first quarter after March’s pandemic-triggered financial markets sell-off, but, publishing interim results, both pointed to developments beyond the end of the reporting period.

Alecta, the country’s largest pension fund, posted a 10.5% investment loss in the first quarter for the default option in its Alecta Optimal Pension defined-contribution scheme, with the firm’s solvency ratio falling to 149% at the end of March from 162% at the same point a year before.

Alecta chief executive officer Magnus Billing said: “During the first quarter, the capital markets were very strongly marked by the spread of the coronavirus worldwide.”

He said this had had a negative impact on the firm’s return, but that the company’s finances were strong and it was well equipped to meet its commitments to all customers despite the current financial turmoil.

Alecta’s defined benefit (DB) scheme ended the quarter with a 7.1% loss, while the collective consolidation of its DB insurance weakened to 133% from 144% a year before.

Total assets under management stood at SEK893bn (€83.2bn) at the end of March, Alecta stated. This is down from the SEK963bn the firm reported for the end of December.

“The return on the portfolio has also improved sharply in April, thanks to the rebound in the stock markets,” Billing said.

In times of financial turmoil and rapid stock market declines, he said it became clear that Alecta’s long-term, very low fee level and products with built-in consumer protection contributed to great security for it customers. 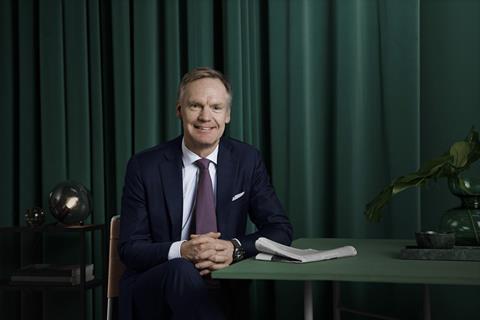 “The coronavirus pandemic’s real consequences will not be seen until the second quarter.”

Meanwhile, pensions and life insurance firm Skandia reported an overall investment loss of 4.4% in the first three months of the year with group solvency falling to 162% at the end of March from 175% at then end of last year.

Frans Lindelöw, CEO of Skandia, said the end of the first quarter had been challenging as a result of the coronavirus pandemic, but added: “Its real consequences will not be seen until the second quarter.”

He also said: “But we are stable and well-equipped even in troubled times, as our figures for the first quarter reflect.”

Total assets under management in the traditional life portfolio fell to SEK475bn at the end of the quarter from SEK498bn at the turn of the year, according to the interim results statement.

Lindelöw ascribed the relative narrowness of the traditional life portfolio’s first quarter loss to its diversification, the fact it contained many alternative investments and had a low proportion of listed shares.

“In addition, the weakening of the krona contributed positively to the return on foreign assets,” he said.