The Swiss federal council has asked parliament to review a draft of the reform of the occupational pensions law (BVG) based on the proposal made by the social partners.

In its message to parliament, the government explained that the aim of the reform – named BVG 21 – is to secure the financing of occupational pensions and at the same time guarantee a certain level of pension benefits by lowering the conversion rate.

The proposal by social partners Swiss Employers’ Association (SAV), Swiss Trade Union Federation (SGB) and Travail.Suisse, foresees a reduction in one step of the Mindestumwandlungsumzatz – the minimum conversion rate used to calculate pension payouts upon retirement for the mandatory part of occupational pensions – to 6% from the current 6.8%.

The mandatory part of the occupational pension refers to wages between CHF21,330 (€19,559) and CHF85,320. The minimum conversion rate of 6.8% assumes a return of around 5%, impossible to achieve in the long term in view of current financial markets, the council said.

The increase in life expectancy and low interest rates environment pose a challenge to the mandatory part of occupational pensions, it added.

The federal council has proposed a pension supplement to compensate for the negative impact caused by the conversion rate reduction on the amount of pension benefits received.

Recipients of old-age and disability provisions of occupational pensions will receive a lifelong monthly pension supplement that gradually decreases every five years during a transition period of 15 years, from CHF200 to CHF100.

Following the transition period, the federal council will decide on the new monthly amount on a yearly basis.

The reform consultation lasted longer than usual, until 29 May, due to the COVID-19 pandemic.

Other points of the reform discussed during the consultation period included the Koordinationsabzug, a deduction taken from the wages subject to AHV to determine the salary insured in the second pillar, and retirement credits.

For a second pillar reform, the federal council has proposed a reduction of the Koordinationsabzug from the current CHF24,885 to CHF 12,443.

The measure would mean a higher insured wage, higher contributions but also higher pensions. This, according to the government, would bring benefits to lower earners, especially women and part-time workers.

The draft of the reform also aims to reduce differences between younger and older generations of insured. 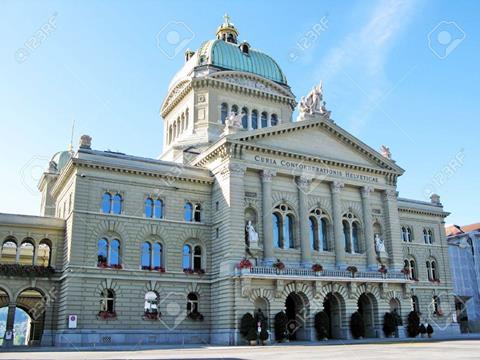 The rates for retirement credits, which depend on salary and age, will change, with a new 9% rate that applies to an occupational pension salary for people aged 25 to 44 years old.

The Federal Council dismissed the alternative proposal for a second pillar reform drawn up by the pension fund association ASIP, the insurance association ASA/SVV and the industry association SVG.

The alternative proposal, according to the cabinet brought to the table after the end of the consultation period, failed to meet the main goal of securing a certain level of pensions, it said.

It included a reduction of the minimum conversion rate to 6%, a slight reduction of the Koordinationsabzug to a maximum CHF21,330, the possibility to start saving at the age of 20, and change to the retirement credit rates.

The Swiss insurance association ASA/SVV fired back, saying it disapproved in particular of the reform on the pension supplement.

The Federal Council proposed to pay a lifelong pension supplement regardless of whether a lower minimum conversion rate applies to new pensioners, the association said in a statement.

“This construct would not only result in massive additional costs, but it also means the introduction of a pay-as-you-go system into the second pillar,” SVV director Thomas Helbling said.

SVV approved instead of the reduction of the Koordinationsabzug and the adjusted rate for retirement credits.

The federal council proposal leads to a new redistribution system, said ASIP, adding that further taxes on wages are not reasonable for employees nor employers.

ASIP has also rejectec the pension supplement as it leads to “massive additional costs”.

The pension fund association proposed a percentage increase of occupational pension assets for all new pensioners for a transitional phase of 10 years. The increase is to be financed by the individual’s pension fund.

The SVG model for the reform, instead, saw initially an immediate reduction of the minimum conversion rate to 6%, an unchanged Koordinationsabzug, among other proposals.