Norway’s sovereign wealth fund released its 2021 results this morning, showing that in kroner terms, its investments had produced the second largest return in its history – with large gains on technology stocks and real estate driving the overall gain.

The Government Pension Fund Global’s (GPFG) total assets grew to NOK12.3trn (€1.6trn) by the end of December, after returning 14.5% or NOK1.58trn in 2021, according to the annual figures published today.

Norges Bank Investment Management (NBIM), which runs the SWF, said that last year the fund had made a 20.8% return on equities, a 1.9% loss on fixed income and a 26.8% gain on listed real estate.

Unlisted real estate, meanwhile, returned 13.6%, and the new asset class of unlisted renewable energy infrastructure ended the year with a 4.2% return, according to the announcement.

Since the end of last year, however, the fund’s overall value has fallen back, amounting to NOK11.8trn today, according to the rolling figure displayed on NBIM’s home page.

Nicolai Tangen, chief executive officer of NBIM, said the good results had been mainly due to very strong equity markets throughout the year.

The GPFG’s top seven individual stock contributors to its return last year, in kroner terms, were all technology firms, NBIM showed, with Microsoft shares dealing the fund an NOK78bn gain, followed by Alphabet and Apple, which produced gains of NOK64bn and NOK61bn for the SWF, respectively.

Real estate also performed strongly in 2021, NBIM said, after a “demanding” year in 2020 due to the pandemic.

“The first one being the reduced impact of the pandemic and then this was coupled with attractive yields compared to fixed-income alternatives, and the last one was simply real estate’s recognition as an inflation hedge,” she told the news conference. 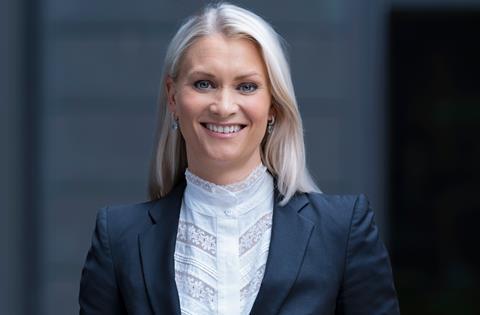 Also almost all property sectors and regional markets had picked up to pre-pandemic pricing or even higher, she said, but it had been the SWF’s logistics portfolio that had really been the main driver behind private real estate returns in 2021.

In percentage terms, the GPFG’s 2021 return qualifies as the fourth highest such return since the fund started investing in 1998, but the amount in kroner is the second largest return – the very highest having come in 2019, according to NBIM.

Tangen told the news conference that the fund’s relative return – the extent to which it beat the benchmark – had been 0.74% last year, which he said was three times the long-term average.

A lot of the GPFG’s returns had come over the last three years, he said, but dampened any expectations that the trend would carry on.

“Clearly we don’t expect this development to continue like this,” he said.

NBIM’s deputy CEO Trond Grande said they had to prepare for downturns, pointing to the first quarter of 2020 when the pandemic hit and the fund lost NOK1.5trn in one go.

“Luckily, the markets came back rapidly, but there’s no guarantee that will happen next time there’s a downturn in the markets,” he said.