Climate finance think tank 2° Investing Initiative is encouraging investors and banks to support efforts to build evidence of financial institutions’ impact with regard to climate change.

In a presentation, it suggested financial institutions interested in setting science-based targets could “help develop investor impact measurement methodologies”, citing work being done by the Impact Management Project, the Center for Sustainable Finance and Private Wealth at the University of Zurich, as well as Invecat, an EU-funded project 2° Investing Initiative is leading with the involvement of the United Nations Environment Programme Finance Initiative and others.

They could also “start collecting ex-post evidence on the impact of [their] actions”, the think tank suggested.

It described Climate Action 100+ as “a good home for data and evidence collection” and its PACTA portfolio climate scenario analysis tool as providing “a good channel to document actions and collect evidence on [financial institutions’] effect on companies’ activities”.

The recommendations, as 2° Investing Initiative referred to them, are included in a presentation setting out the reasoning behind the think tank’s decision to exit the Science-Based Targets initiative (SBTi) for financial institutions project.

The SBTi is a collaboration between CDP, World Resources Institute, WWF, and the UN Global Compact, and aims to get companies to set targets to reduce greenhouse gas (GHG) emissions that are “in line with what the latest climate science says is necessary to meet the goals of the Paris Agreement”.

According to 2° Investing Initiative, it withdrew from the SBTi project due to an inability to agree on how to define financial institutions’ climate impact.

The think tank’s point of view is that the SBTi framework “must prevent financial institutions from setting targets labeled as ‘science-based’ and achieving them without providing any scientific evidence that their actions actually contributed to reducing GHG emissions in the real economy”.

It argues that communication by many financial institutions – individually or collectively – suggests they have an objective to contribute to the reduction of greenhouse gas (GHG) emissions. 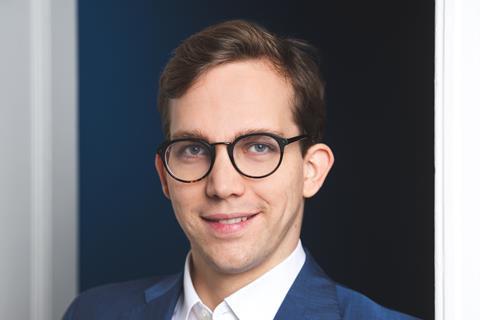 Jakob Thomä, managing director at 2° Investing Initiative, told IPE that the think tank’s argument is not about whether financial institutions should or should not make climate impact claims or set science-based targets, but that “if we want to progress in this space we need to start building evidence as to whether that impact actually materialises or not”.

“And if you want to communicate on the progress against that objective that needs to be based on real impact, not virtual decarbonisation,” he added.

In its presentation the think tank included anonymised extracts from retail fund marketing material, such as:

“A €5m investment in the fund, for one year would reduce polluting emissions by 4,200 tons of CO2, which is equivalent to taking 1,900 cars off the road for a year.”

The think tank said that setting portfolio alignment goals was relevant to defining the intended average emissions reduction trajectory for investee companies, but that “a change in portfolio exposure is not a valid proxy for GHG emission reductions in the real world”.

“Financial institutions have a vital role to play in the transition to a net-zero emissions economy and this work is a critical component in the SBTi’s mission to drive company emissions reductions at scale.

“The SBTi will continue to work with its partners and corporate stakeholders to develop the target validation criteria, which are due to launch later this year. We welcome input from all stakeholders, including 2° Investing Initiative, and will continue to facilitate this important conversation.”

2° Investing Initiative’s Thomä told IPE the think tank was not out to make life harder for people, and that it sees its message as a positive one.

“The problem right now is that financial institutions are exposed to a lot of pressure from governments and civil society to ‘save the planet’ and part of the pressure is generated by the marketing that those institutions are putting out,” he said.

“If you have a marketing document that says you will reduce emissions then don’t be surprised if people expect you to reduce emissions,” he continued, adding that “I think having a more honest conversation about that is in everyone’s interest.”

In its presentation, the think tank said it estimated it would be possible for investors to set science-based targets, as it sees them, in two to five years.

Steps before then would include setting an alignment goal, developing an “evidence-based decarbonisation plan”, and collecting evidence on “activities, outputs, outcomes and impact”.

The think tank is inviting feedback from stakeholders about the reasoning behind its decision to leave the SBTi project, which can be found here. A consultation survey can also be directly accessed here.