UK actuarial body to dig into ‘the great risk transfer’

The Institute and Faculty of Actuaries (IFoA) has launched a campaign to further understanding of the trend for financial planning risk to be transferred from institutions to individuals.

Dubbed The Great Risk Transfer, the campaign kicks off with a survey that runs until 30 April.

“Today we’re asking actuaries and other experts from around the world to respond to our call for evidence,” said John Taylor, president of the IFoA.

“We want to understand the drivers of this trend and which groups are being affected. We’re also looking for examples of how the problem is being overcome, alternative approaches to how risk is shared between institutions and consumers, and whether there are any barriers to innovation in this area.”

He pointed to the gradual move by employers to offer defined contribution pensions instead of defined benefit pensions as “perhaps the most high profile” example of the transfer of risk to consumers.

However, the IFoA’s campaign is not exclusively focussed on pensions, aiming to also explore developments in general insurance, investment and social care.

The IFoA said the aim of its campaign was to gather evidence, convene debates and ultimately engage with policymakers about how consumers could be supported to make informed decisions about their finances, and where risks should ultimately be managed by institutions. 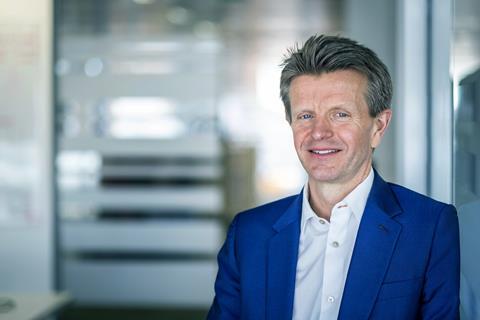 John Taylor, president of the IFoA

Carolyn Jones, head of pension policy and strategy at the Money and Pensions Service, said it welcomed the campaign and the debate it sought to create.

“Understanding how we can continue to support people in managing increasing financial responsibilities is key to our goal of everyone making the most of their money and pensions.

Financial wellbeing is about people feeling secure and in control, knowing that they are on track for a healthy financial future.”