The UK government needs to consult with domestic pension funds in the same way that it is engaging international investors to back British green industry, according to the CIO of one of the country’s eight local authority pension asset pools.

In an open letter, Prime Minister Boris Johnson and Chancellor Rishi Sunak last week challenged the UK’s institutional investors to “back ourselves by investing more money into the companies and infrastructure that will drive growth and prosperity across our country”.

Major UK institutional investors have already welcomed the calls while also highlighting the progress they have made in investing in real assets in the country. Sources in the pensions industry said the government needed to remove barriers to pension funds making the types of investment it was calling for.

David Vickers, CIO of Brunel Pension Partnership, said the pool’s clients – 10 individual local authority pension funds – were “very much helping the UK build back better” but wanted to do more.

“The onus is now on the government to ensure it invites leading UK pension funds to the consultation table, so that new initiatives are fully accessible to our own funds – not just to international investors,” said Vickers.

“The government is hosting a pre-COP26 investment conference focused on UK green industries with international investors,” he added. “Consulting with UK pension funds in the same way would be an important step in increasing domestic investment in emerging green infrastructure.”

Brunel, which brings together assets of around £30bn (€35bn) from its 10 clients, has launched funds that are now invested in green housing and infrastructure in the UK, in addition to listed markets funds.

Earlier this year the government announced it would be hosting a one-day “Global Investment Summit” (GIS) in October to secure foreign investment in UK green industries.

It said the event was “expected to catalyse billions of pounds of investment by attracting hundreds of the world’s leading businesses and investment A-listers to London and Windsor Castle”. 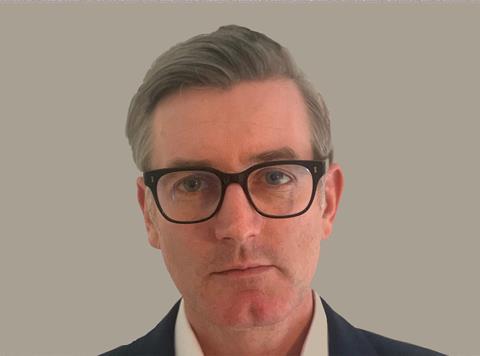 In their open letter, the Prime Minister and the Chancellor said they would “invite those institutional investors who are willing to make specific commitments to invest more in Britain’s long-term growth to join us at an Investment Summit in Downing Street in October”.

Vickers said: “We strongly urge the government to include LGPS pools, which the government wants to invest in UK green infrastructure, in the consultation phase of its plans, not just at a summit after all key decisions have been made.”

A government spokesperson told IPE the government would be providing more detail in due course about the attendees of the GIS.

GLIL Infrastructure, the £2.5bn fund backed by local government pension schemes and NEST, has also asked to be invited to the government’s pre-COP26 investment summit, “because we’ve been making commitments for quite a long time to UK infrastructure and are committed to deploying much more,” said Ted Frith, its chief operating officer.

“There is a sense that the government is out ‘elephant hunting’ with sovereign wealth funds but not making the same effort to assist UK pension funds that are eager to invest,” Frith said.

He said more coordination was needed within the local government pension sector, but that he was realistic and optimistic about developments in the UK at the moment with regard to infrastructure, not least because of the UK Infrastructure Bank opening for business.

“It’s right that people speak out, but I’m broadly upbeat,” he said.