UK universities are facing higher demands from their pension fund after the country’s largest scheme published a consultation on the methodology for its latest valuation.

The deficit for the £66bn (€73.5bn) Universities Superannuation Scheme (USS) could reach as high as £17.9bn and require contributions from employers and employees of as much as 67.9% of payroll, depending on the outcome of the consultation and how much risk universities are willing to take on.

The trustee board published a consultation paper yesterday setting out several potential outcomes – all of which will involve higher contributions to fund a significantly higher deficit than was recorded in 2017, the last time USS went through a formal valuation.

Bill Galvin, chief executive officer of the pension scheme, said the COVID-19 pandemic had posed significant challenges to the higher education sector, with uncertainty over student numbers a particular concern – meaning the higher demands from USS were “difficult messages” to hear.

In their foreword to the consultation, outgoing trustee chair Sir David Eastwood and his replacement Dame Kate Barker acknowledged that some of the outcomes were likely to be unpalatable to both employers and staff given the significant rise in costs.

To avoid the worst outcomes from the consultation, universities would have to agree not to exit the scheme without the trustees’ approval – a clause that Galvin indicated would last for 30 years – and grant USS parity as a creditor for any debt raised externally. Both measures are currently in place on a temporary basis through to October next year.

Employers would also have to accept the scheme taking more investment risk – something they have previously resisted.

“We have laid out a way in which the scheme can take more risk,” Galvin told journalists at an online media briefing yesterday. “We would need employers’ support. If we can get the support that is required, we can bring the costs down.” 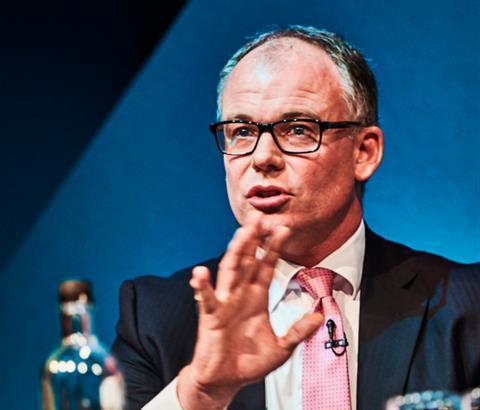 “We would need employers’ support. If we can get the support that is required, we can bring the costs down”

In a statement, UCU head of higher education Paul Bridge said the union had “no confidence in the needlessly cautious methodology”.

“Members are leaving the scheme because of its high cost – calling for unnecessarily large reductions in benefits and increased member contributions is not the way forward,” he said.

“Universities need to start demanding more from USS and push back against this approach.”

In response, Galvin emphasised that all stakeholders “need to understand that the cost of providing defined benefit pensions has increased, however you look to manufacture it. […] The cost has gone up on any measure”.

He also echoed the union’s concerns about the scheme’s high opt-out rate, estimated at 15%. Around a third of these members cited affordability as the reason for not joining USS, he said.

The current contribution levels – 21.1% from employers and 9.6% for members – have been in place since October 2019. These were adopted as a default option after discussions between Universities UK, which represents higher education establishments, and the University and College Union (UCU) failed to reach an agreement.

A further default increase – to 23.7% for universities and 11% for staff – will kick in from October 2021 if no agreement is reached.

UCU members launched nationwide strikes in 2018 in protest at a plan to close the defined benefit section of the scheme, and further industrial action took place last year.

After the methodology consultation is complete, USS will carry out further consultations related to the valuation – including the crucial negotiations over future contributions.